100 Days Countdown: Road to France 2019 heats up for Asian quintet 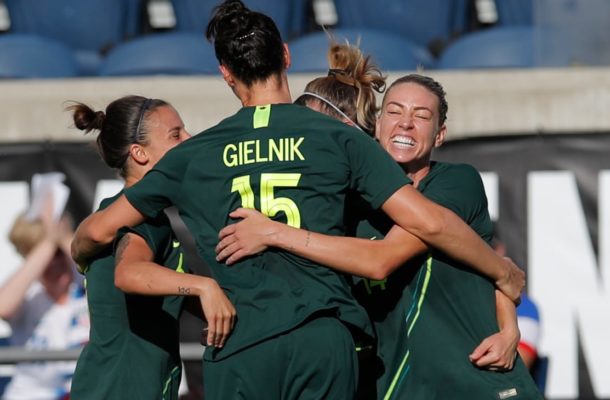 Kuala Lumpur: With the countdown to FIFA Women's World Cup France 2019 reaching the 100-day milestone, Asia's five qualified teams are stepping up their preparations at a range of tournaments across the globe.


Collectively, the Continent's five World Cup representatives will compete in Australia, the United States, Portugal and Cyprus, giving players one of their final opportunities to impress ahead of June's global showpiece.

Team by team, and tournament by tournament, the-AFC.com looks at the ins and outs of a significant week on the road to France.

The excitement of one of the world's best sides playing in a rare home tournament has been somewhat overshadowed by the departure of Alen Stajcic, and the subsequent appointment of former Socceroo Ante Milicic as head coach.

It will be fascinating to learn whether Milicic - a highly respected operator with a strong CV - will adopt a similar approach to his predecessor or look to put his own stamp on a side full of quality, with just months remaining until the global Finals.

Most of the Matildas' star names, including Sam Kerr, Caitlin Foord and Alanna Kennedy will feature in the tournament, in which Australia looks the strongest side, but Milicic insists France 2019 places remain up for grabs.

The AFC Women's Asian Cup holders and Asian Games gold medallists will be hoping to add to the fine results of 2018, but they face an exceptionally challenging set of opponents in the United States.

Asako Takakura's side lost to both the hosts (2-4) and Brazil (1-2) at last year's US-based Tournament of Nations, while ever-improving England - now fourth in the world under former Manchester United man Phil Neville - loom as a group stage opponent for the Nadeshiko in France.

While Japan are always competitive, the inclusion of seven uncapped players, including breakout FIFA Women's U-20 World Cup stars Moeka Minamo, Asato Miyagawa and Jun Endo, suggests that results won't be the only measure of success in the three-match competition.

Scheduled to face hosts France in the FIFA Women's World Cup's opening match, the 100-day countdown milestone has particular relevance for a Korea Republic side which has largely impressed in the past 12 months.

Fifth place in the AFC Women's Asian Cup, achieved without losing a single match, was followed by a bronze medal at the Asian Games, raising hopes that the star trio of Ji So-yun, Cho So-hyun and Lee Min-a can power the Koreans to the knockout stage for the second successive World Cup.

All eyes will be on the March 3 clash against Australia in Brisbane, with Yoon Duk-yeo's side having impressively held the Matildas to a scoreless draw in the group stage of the Women's Asian Cup just under a year ago.

The Continent's quiet achievers, China PR have barely put a foot wrong since Jia Xiuquan took over as head coach last May, and they come into the Algarve Cup with the confidence provided by seven successive wins in senior international matches.

WANG SHUANG | @wangshuang7 was named the Golden Ball as the Best Chinese Female Player of 2018 after the impressive performances for Wuhan, China and PSG. She received the award in Paris. #SteelRoses #WomenInFootball pic.twitter.com/brLf4SKM95— China Women's National Football Team (@ChinaWNFT) February 21, 2019

A new tournament format means the Steel Roses will play three matches in Portugal, not the traditional four, and the eight-time Asian champions will certainly be hoping to improve upon their 2018 showing at the tournament, where they won just one of four ties to finish 11th out of 12 teams.

China PR begin their campaign against Norway, but a clash between Paris Saint-Germain's AFC Player of the Year Wang Shuang and Ballon d'Or winner Ada Hegerberg will not eventuate, with the Olympique Lyonnais star this week reiterating that she will not appear for the national team this year, including during the Women's World Cup.

More than any of Asia's FIFA Women's World Cup contenders, Thailand - having suffered defeat in their last six matches on the international stage - are in need of a win.

Their first ever appearance at the Cyprus Women's Cup offers four chances to turn around their recent run of outs, and - with United States, Sweden and Chile lying in wait at France 2019 - Nuengruethai Srathongvian's could greatly benefit from a confidence boost ahead of the Finals.

The major good news story surrounding the Chaba Kaew is the appointment of highly-decorated Dutch coaching pioneer Vera Pauw as a technical adviser up to and including their France 2019 campaign.

DPR Korea, who finished third in 2017 and 2018, are also participating in the tournament, where they will meet Czech Republic, Finland and South Africa, while Jordan, India, Uzbekistan and Turkmenistan are also among Asian teams in action this week, with the quartet all competing in the Turkish Women's Cup.