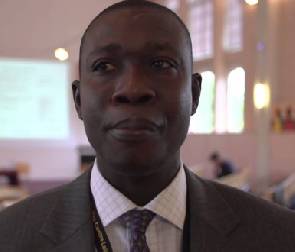 Labour Economist, Dr. Baah Boateng, is skeptical about whether the 12.5 % increment in public sector workers’ salary will cover other allowances.

Some labour groups have on several occasions embarked on a series of strikes to compel government to address challenges with the payment of market premiums and other allowances following their migration onto the Single Spine Salary Structure (SSSS).

Striking members of the Government Hospital Pharmacists Association (GHOSPA), have for instance threatened to withdraw emergency services within ten days, if government fails to address discrepancies in their market premium payment.

“I think this particular increase is suppose to be on the base pay of the single spine. Now if you look at what some of these workers are requesting for, lets say the pharmacists in the health institution, they are talking about premiums so I don’t think this will have something to do with what they are asking for. I have also heard about strike by tutors of education colleges; but these issues are different…,” he explained.

He was however to quick to add that, government can tackle challenges with the payment of allowances by negotiating with the various labour groups.
The increment is expected to take effect in 2017. The announcement comes barely three months to the general elections.

Government also recently increased the daily minimum wage by 10 percent, and this will take effect from January 2017.

But noting that the minimum wage was not a living wage, government said it could not support any increase beyond the 10 percent.
The 10 percent increase saw the previous daily minimum wage of GHc 8.00 increase to GHc 8.8.