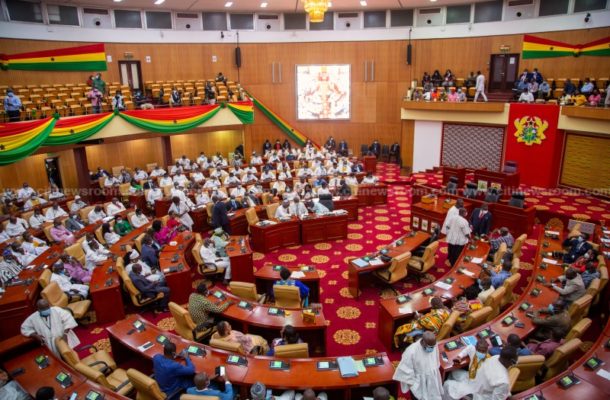 15 Members of Parliament have tested positive for COVID-19, that is according to the Speaker of Parliament, Alban Bagbin.

The Speaker who made this known on Thursday, February 4, 2021 also denied reports in the media circles that suggest that 50 MPs have tested positive for the virus.

The MPs have come under serious criticism after it was disclosed by the first deputy speaker, Joe Osei Wusu that members who have tested positive to the virus are still attending sittings, despite the risk involved. Many have called for stringent punishments to be meted out to all such MPs.

The speaker, in response, said parliament will begin limited sittings from next week.

"The house will from next week sit twice, that is on Tuesdays and Thursdays", he said.

Mr Bagbin indicated that all "the 15 have been contacted and advised to self-isolate."

Meanwhile the Member of Parliament (MP) for Builsa South, Dr. Clement Apaak has called for the complete shutdown of Parliament, insisting that is the best option.

In a social media post, the legislator, who said some 56 staff have also tested positive, expressed worry over the fact that the COVID-19 positive MPs are not known to them, a situation he believes is dangerous to the rest of the house.

“15 MPs and 56 staff of parliament have tested positive for COVID-19. The best option is to shut down Parliament. We don’t know the IDs of those positive, who still attended Parliament. Shut down Parliament, all MPs and staff, self-isolate. Get us tested after 14 days, then we resume if negative.”