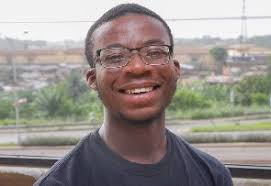 Samuel Mensah has his pick of top US universities

In 2017, the eight prestigious Ivy League schools, some of the creme de la creme of tertiary education worldwide, had a total of 281,060 applicants. Of those applicants, less than 10% gained admission.

The figures for 2018 are not expected to differ greatly making the odds for students worldwide seeking an education in the US’ premier universities as slim as ever. But where applicants will be lucky to gain acceptance into one of these schools, an 18-year-old alum of Opoku Ware School, Samuel Mensah, got admission into three of them.

The US Embassy in a Monday Motivation post on Facebook shared the news of Samuel’s academic strides with the rest of Ghana. From somewhere in mid-March, he began learning he had gained admission to eight universities in the US, all on full scholarships.

The three Ivy League schools out of the lot are Princeton, Dartmouth and Columbia universities. Stanford, Duke, Northwestern, Williamson and Vanderbilt universities are the other five schools, which are highly regarded in their own right.

Columbia, which accepted Samuel, has the second highest average GPA Samuel, who will turn 19 later in April, 2018, was understandably elated about what lay ahead of him when citinewsroom.com spoke to him.

“I’m really excited at the prospect of going to some of the best universities in the US and consequently in the entire world. Going on full scholarship merits that response so I am very excited and very happy about the whole thing.”

Before the bliss he is currently enjoying, Samuel had to go through what he described as a daunting process that started with the SATs (Scholastic Assessment Tests), right after he finished High School in May 2017. He started studying for the SATs in July 2017, and took the test in October. After the tests, it came with the application processes which were also arduous in their own ways.

“During October, November, December, that’s when we put together the essays, recommendation and all that is required for the applications,” he recalled.

It is at this point that Education USA stepped in with its support. He also got help from Afex Test Prep which helped with his essays and financial aid applications.

“Because the whole [American] system is sort of different from how our university system works, it’s confusing, and that is where they come in with their expertise. When we get a problem, we ask them questions and all that. They had workshops and seminars that we attended,” he explained.

Samuel was forged through and through by Ghana’s education system. He attended nursery and basic education at Kwame Nkrumah University of Science and Technology (KNUST) Basic School, before moving to Opoku Ware, already noted as one of Ghana’s top high schools.

Those with a keen eye would have noticed him during the National Science and Maths Quiz competition in 2017, as one of Opoku Ware’s representatives. They would have also seen his school get upset at the round-of-16 stage after being knocked out by Keta Senior High School.

“I was the one who got us knocked out at an early stage,” Samuel laughed recalling the competition.

There was virtually no rest for the 18-year-old from the beginning of the 2016/2017 academic year till the end of 2017 given his commitments to schooling, the West African Senior Secondary Certificate Exams, the Science and Maths Quiz, the SATs and then onto the application process.

He gained admission to KNUST, but eventually dropped out to focus on his applications for the US schools to the worry of his parents. But along the way, a lot of his mates were doing some dropping outs of their own.

“It takes a lot of determination. Back when we were in school, a lot of people said they would do the Brilla [Science and Maths Quiz] but along the way, they fell off. It was a lot of work. When we completed, there were a lot of people who also said they would write the SATs. Most of them, when we started they weren’t really getting the thing. They were like; this is too difficult.”

“Even when we started applications, there were people who had written the SATs, but they said this is too difficult. We were writing about 12 essays for a single school and those kinds of things, and they were like, nah. It takes a lot of perseverance, a lot of determination, focus and drive,” Samuel stated.

“It’s tiring. I know people who tried for about two or three years before they got into a school with scholarships. It’s work. It is for those who will persevere to the end. But no matter whatever you put in, the reward at the end is much more than what you put in so it’s worth it.”

This drive has put him in an enviable position with three Ivy League schools, among others at his mercy, but his eventual choice may surprise some.

Things have not been finalized yet, but Samuel revealed that his choice will “most likely” be Stanford University in California, a school renowned as one of the world’s leading teaching and research institutions.

In 2017, Stanford was ranked 5th best out of 1,387 schools in the US Whilst acknowledging the allure of the Ivy League schools, he said Stanford best suited his ambitions which are aligned with academia and engineering.

“I am more academia inclined. As at now, I am thinking about going to grad school and pursuing a Masters degree and PhD,” he noted.

This may keep him away from Ghana for the next seven to eight years, but he plans on coming back home eventually. In 10 years, Samuel sees himself engaged in a technology-based start-up and also some teaching in Ghana.

He also hopes to make the opportunities that granted him a US-based education more accessible to students that went through the public school system like he did.

He observed that “most of the time, it is those in the international schools that are able to get these kinds of opportunities and who go to these schools.”

Thus, he hopes to get the students in “public schools who have the drive, dedication and who have the ability to achieve this of kind thing resources to really pursue an education at the highest level.”

Samuel knows a ton of hard work awaits him when schools open in September, and he even feels his mind has become a little rusty since he finished the application process. But for now, his parents and his four older sisters continue to bask in the glory.

He remains grateful for the moral support and financial support he got from his parents.

Samuel also recalled that his father, a librarian; and his mother, a businesswoman, were not even conversant with the concept of an Ivy League School. They were just happy for their son after the initial apprehension of him stopping school to focus on the application process.

Samuel may not end up choosing an Ivy League school, but with the tough statistics and stringent entry requirements in mind, he urged other students with similar ambitions to keep their eyes on the prize.