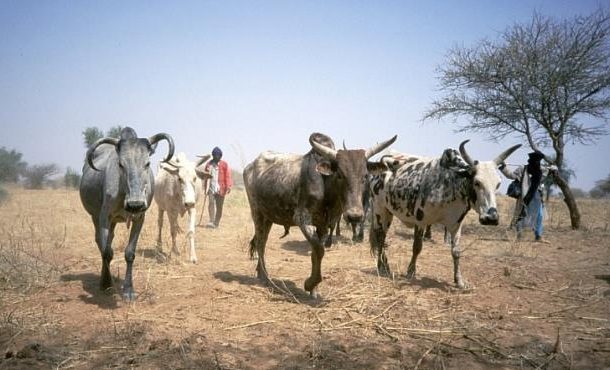 Two people have reportedly been shot dead in what appears to be an eruption of clashes between the Agogo natives and Fulani herdsmen.

The killings, which occurred on Thursday afternoon, have heightened tension and fear among natives of Agogo who have enjoyed total peace in recent times.

Kwadwo Ampongsah, 60, a farmer, was said to have been shot dead by some unknown Fulani herdsmen on his farm at JJ Krom, near Ananekrom.

The second victim, identified as 25-year-old Abi Shaibu, also a farmer, was also shot dead by the some Fulani herdsmen.

A police source, who pleaded anonymity, confirmed the dastardly incident to DAILY GUIDEduring a telephone interview.

He said the bodies of the two farmers had been deposited at the mortuary pending autopsy, adding that efforts were being made to arrest the culprits to face the law.

Alfred Gyimah, Secretary of the Agogo Youth Association, also told the paper that so far no arrests have been made by the police.

He disclosed that Ampongsah was busily working on his farm around 2:30pm when the Fulani herdsmen arrived at the location with their cattle from nowhere.

Gyimah said Ampongsah complained about the destruction of his farm produce by the cattle and this started verbal exchanges between him and the Fulani herdsmen.

In the course of the confrontation, the Fulani herdsmen, who were reportedly wielding guns, shot Ampongsah dead at close range.

The gun shots attracted the attention of other people in the cottage who trooped to the scene. They gave the Fulani herdsmen a hot chase, he said.

Gyimah said the Fulani herdsmen met Abi Shaibu on the way and without provocation shot him at close range and fled into the bush.