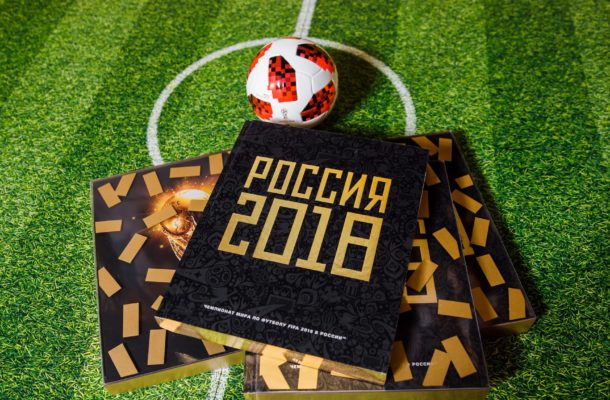 
Which event do fans from around the world remember as they bid farewell to 2018, a year packed full of football? It’s the FIFA World Cup™, of course, which was held in Russia for the first time in the competition’s history.

The tournament will be remembered for its beautiful goals and the unpredictable subplots that unfolded in 12 resplendent, state-of-the-art stadiums. Visiting fans from all over the globe will also cherish the warmth and hospitality shown to them by those who call the 11 host cities home, as well as a wealth of vivid emotions and unforgettable experiences from their travels around the world’s biggest country.

Bring these and many more memorable highlights of the world’s premier football tournament back to life with the help of Russia 2018, a book launched yesterday in Moscow by the Local Organising Committee that brought you the World Cup.

This book presents a kaleidoscope of the most interesting moments of this unforgettable tournament: vibrant snaps of the players, pictures of fans from the stands getting behind their idols with all they’ve got, entertaining and sometimes surprising statistics, as well as fascinating and often hitherto-untold stories and interviews from the leading lights of the World Cup.

You’ll come across many familiar faces in Russia 2018 too, including the head coach of the Russian national team, Stanislav Cherchesov, who took part in the book’s launch by reading several small extracts during a stage performance.

However, more importantly, every fan can get their hands on this book. The electronic version has already been published online at the following address: ebook.welcome2018.com and contains bonus material, with more photographs and podcasts with the key protagonists behind the book.

"The World Cup in Russia was, without doubt, one of the most positive global events that took place in 2018," said Alexey Sorokin, the CEO of the Local Organising Committee for Russia 2018. "The fans were able to enjoy some captivating football and take in the beauty and uniqueness of each and every Russian city. The hospitality of Russians all over the country made this a distinctive and unforgettable experience. They opened up their hearts and showed great warmth to everyone who visited. Therefore, it was important that this book about the World Cup was accessible to everyone who took part in this unique event,” he added.