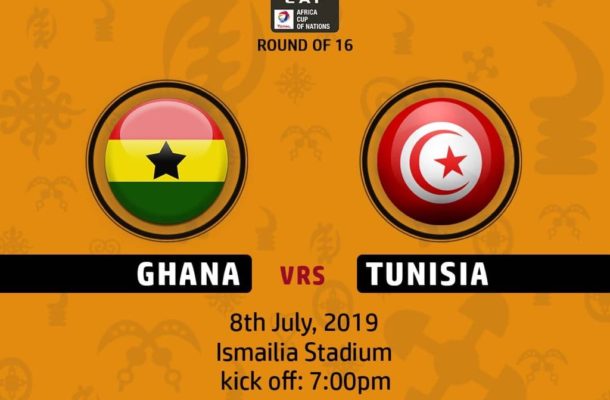 Ghana come into this Africa Cup of Nations (AFCON) knockout clash having lost just one of their last ten competitive games (W5, D4, L1), while scoring at least twice on five occasions. Overall, the ‘Black Stars’ are in great defensive form, registering a clean sheet in over half (six) of those matches.

Conceding an average of just 0.5 goals per fixture across that run, four-time AFCON winners Ghana scored the opening goal in each of the five wins across that period. However, the fact that they have failed to score in three of their last five AFCON tournament games will concern manager Kwesi Appiah.

Currently enjoying a six-game unbeaten run (W3, D3), Tunisia have qualified for the AFCON knockout stage despite drawing all three of their group stage fixtures. Interestingly, they have not conceded before half-time in any of their last eight outings, but have netted exactly two goals before the break in three of their previous four AFCON qualifier victories.

However, Tunisia’s H2H results will not inspire confidence in their fans, with the ‘Eagles of Carthage’ losing each of the last six AFCON meetings (including extra-time). One positive omen though, is that Tunisia have never lost a round of 16 game at an AFCON finals.

Players to watch: Ghana striker Jordan Ayewhas scored two of his nation’s four tournament goals – both were netted in the five minutes before and after the break.

Tunisia’s top scorer during the AFCON qualifiers, Naïm Sliti, has scored each of his last four international goals during the second half.

Five of Ghana’s last six wins in the AFCON finals have been ‘to nil’.