2019 AFCON has been “exceptional”- CAF official 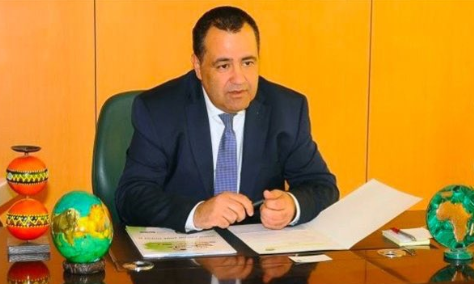 CAF General Secretary Mouad Hajji says the 2019 Africa Cup of Nations has been exceptional, thanks to the Local Organising Committee and the Egyptian government.

Hajji made the remarks at a press briefing on Friday, saying he hoped future tournaments would be played on the same level.

“The organization was given to Egypt and there were efforts in infrastructure and we’ve witnessed in the last matches the percentage has been better. I’d like to thank Egyptian fans who support football,” he said.

Egypt rode on the fact that they had ready infrastructure in their bid to host the 2019 tournament.

The North African country was handed the rights to host the 2019 AFCON in January, just five months before the competition was scheduled to start. Initially, Cameroon was to host the tournament but CAF snatched the country the opportunity due to slow preparations and insecurity fears.

“A 24-team AFCON needs good infrastructure. Cameroon and Cote d’Ivoire are going to work on infrastructure because AFCON need great resources. CAF supports all African countries and we are sure we will have successful editions in Cameroon, Cote d’Ivoire and Guinea. We have seen people from other continents watching and we are sure everyone will do the best to have successful tournaments,” he said.

Hajji also confirmed that the Virtual Assistant Referee technology will be used from the quarter final stage. He also lauded the refereeing so far.

“Refereeing has been excellent till now and everyone agrees on that, we hope this continues till the end,” Hajji said.

The 2019 AFCON is scheduled to run until 19 July when the final game will be played.