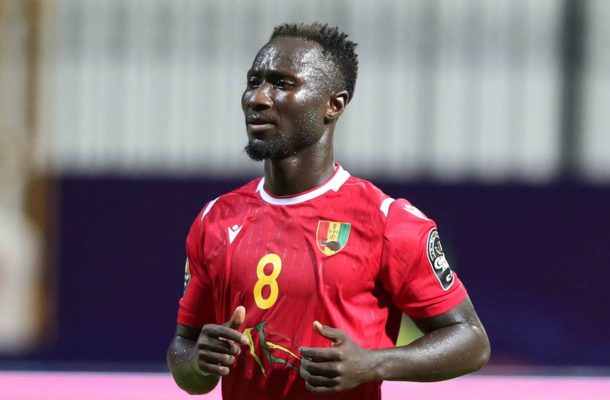 Naby Keita’s house in Conakry, Guinea, was attacked by angry youths at the weekend.

The frustrated group was reported to have accused Keita’s relatives of witchcraft.

“We sent a team of policemen to a house at Coleah in Conakry to restore calm after some youths attempted acts of riotous conduct in a house believed to be the family home of footballer Naby Keita," a police source based in Conakry said as per the BBC.

Keita, who is expected back in Egypt from Liverpool on Wednesday, has also been reported by the BBC to have reacted to the incident, denouncing those “who want to divide his family”.

The former RB Leipzig midfielder was flown to Liverpool on Sunday night for further examinations by club doctors, following his inability to participate in Guinea’s last Africa Cup of Nations group stage match against Burundi.

The 24-year-old suffered a groin injury in Liverpool’s Champions League semifinal clash against Barcelona on May 1, and was initially ruled of the Afcon finals in Egypt.

However, Keita showed signs of making a quick recovery and was thus included in Paul Put’s Afcon-bound squad.

Keita, who failed to play in any of Guinea’s pre-tournament warm-up games, started the opening game against Madagascar from the bench – and was introduced in the 62nd minute of the encounter.

The Liverpool midfielder then started the Syli Nationale’s second group game against Nigeria, but struggled to cope with the intensity of the clash – going to ground on several occasions. He was eventually substituted in the 71st minute for Lass Bangoura.

Keita was an unused substitute in Guinea’s 2-0 win over Burundi in the last group fixture.

The recent struggles of the former Horoya Athletic Club youth player, have angered fans in Guinea, who vented their frustrations at Keita’s relatives.

Guinea will face Algeria in Cairo in a Round of 16 fixture on Sunday.