2019 AFCON: Nigeria, Tunisia set to battle for bronze on Wednesday 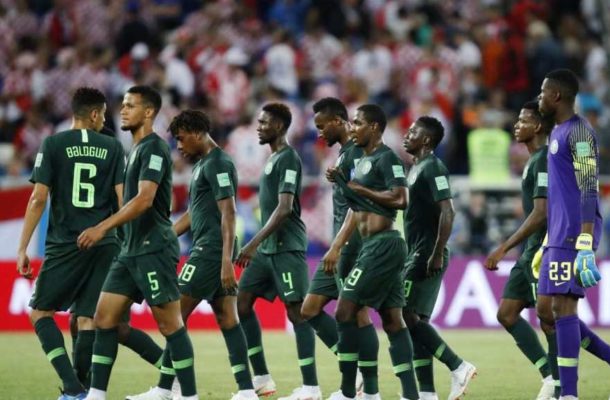 Nigeria and Tunisia will battle for the bronze medals at the 2019 Africa Cup of Nations when they meet in the third-place playoff on Wednesday 17 July.

Nigeria were looking to return to the Nations Cup final on their first appearance at the tournament since 2013 (when they won their third continental title), but they were stopped short in the semis in dramatic fashion.

Their clash with Algeria on Sunday night looked to be headed for extra time (after a penalty from Odion Ighalo had cancelled out an own goal from William Troost-Ekong), but deep in injury time Riyad Mahrez sent a beautifully-struck free-kick beyond the right hand of goalkeeper Daniel Akpeyi to condemn the Super Eagles to this consolation midweek clash.

Tunisia, meanwhile, saw their game against Senegal go the full 120 minutes, but in the end an own goal from defender Dylan Bronn denied them a place in the final. The Carthage Eagles have had an up-and-down ride through this Afcon, but finishing in the top four is their best Nations Cup performance since winning the title in 2004.

Both coaches – Gernot Rohr for Nigeria and Alain Giresse for Tunisia – are likely to shuffle their packs and give playing time to the fringe members of the squad. The Super Eagles will likely also ensure that veteran John Obi Mikel gets some time on the field to bid farewell, with the former Chelsea midfielder saying last week that this Afcon is highly likely to be his last tournament in the green and white of Nigeria.

In head-to-head terms, Nigeria and Tunisia have met in 18 previous matches. The Carthage Eagles have claimed six wins compared to five for the Super Eagles, while seven games have been drawn.

In fact, the teams have drawn their last five games in succession, the most recent of which ended 1-1 in a group stage match at the 2016 African Nations Championship (Chan) in Rwanda. Their most recent Afcon clash was in the quarterfinals of the 2006 edition (which fittingly was also in Egypt): the match ended 1-1 before the West Africans triumphed on penalties.