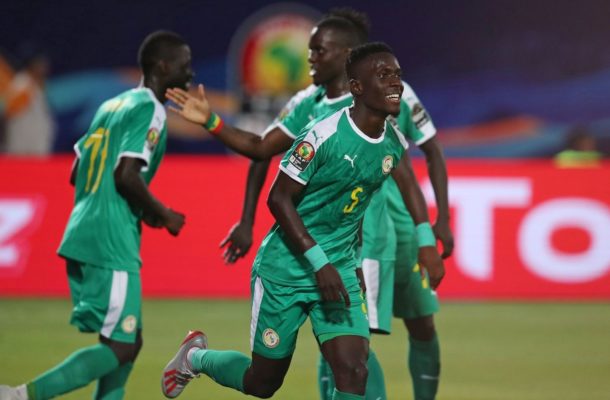 Senegal defeated Benin 1-0 to advance to the semi-finals of the Africa Cup of Nations on Wednesday evening.

Keita Blade, who started from the bench in the last two matches, earned a start upfront with Idrissa Gueye also making a return.

Benin, who shocked the Moroccans in the last 16, saw the return of striker Steve Mounie and provided the first test with a free-kick from Mickael Pote earlier on.

A couple of minutes later, Pote went close with a shortly-taken free-kick after playing a quick one-two with Cebio Soukou.

Upon the restart, the Squirrels maintained the pressure with a close-range shot from Pote two minutes in but Alfred Gomis pulled off a save.

Senegal weren’t prepared to be undone with near-misses from M’Baye Niang and Kalidou Koulibaly moments from each other shortly thereafter.

Injury led to the first substitution in the 64th minute after Mbaye Diagne came on for Niang, who couldn’t carry on playing.

The chain was finally broken five minutes later after Gueye connected with Sadio Mane to finish in to the bottom corner.

Senegal closed in to a second after 76 minutes, but Mane’s tap-in was ruled for offside by the Video Assistant Refereeing team.

Benin finished with a man less after Olivier Verdon was given a straight red card for bringing down Mane in the last eight minutes.

A cut-and-chase battle towards fulltime saw both sides going each other, but the Teranga Lions walked away as the ultimate winners to advance to the semi-finals.