2019 AFCON: This generation is better than mine- Senegal coach Aliou Cisse 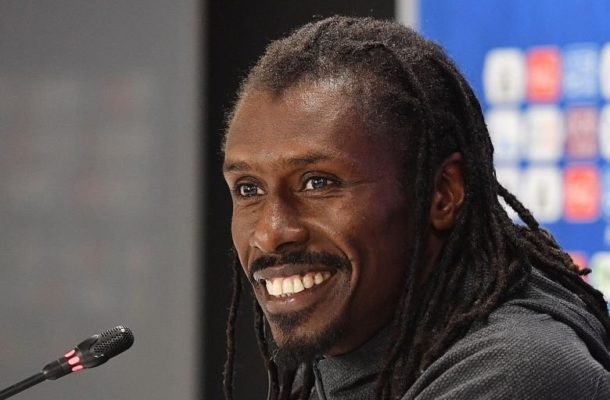 After guiding Teranga Lions to the 2019 Total Africa Cup of Nations final, Senegal coach Aliou Cisse has expressed his happiness of seeing his boys returning to the most prestigious game in African football, a feat he and his teammates achieved in 2002.

Senegal needed an own goal in extra-time to defeat Tunisia 1-0 at the Cairo based June 30 Stadium on Sunday July 14 2019 to set a date against Algeria on Friday July 19 2019 with the trophy at stake.

Cisse was Senegal’s captain when they reached AFCON final for the first time in their history in 2002 in Mali, before falling short on penalties to Cameroon.

As coach, he hopes he can go one step further and lead his comrades to win the Holy Grail of African football.

After the tense game against Tunisia, that saw each side missing a penalty in regular time, and Tunisia having another penalty ruled down using VAR, Cisse spoke to CAFOnline.com.

“I feel very proud”, the ex- Teranga Lions captain said. “We haven’t reached the final since 17 years. This is the fruit of a long time preparation. Those players worked hard for five full years and now we get the fruit of this hard work”.

“Football is always charming. At a moment you think you lost control over the game and fate will do it all. Against Tunisia it was like that. This is a game for history” he added.

Tunisia’s Dylan Bronn scored in his own net after 100 minutes to handle Senegal a hard fought win after Ferjani Sassi and Henri Saivet both missed penalties in the final 15 minutes.

“We missed five clear chances and a penalty, this is football. At some time, we lost control, but we prepared our players for that. In moments like those you know you have to fall in football’s charm”, noted Cisse.

The 43 year old coach who captained Senegal in 2002 FIFA World Cup admitted pressure is not something strange for him. “Pressure is a part of the game, it is a part of my work. I played football since I was 12, and had always felt the pressure since then.
“I am not thinking of the final now, I’m just happy that I made Senegal’s people happy”

Cisse continued praising his players, who will now face Algeria yet again in the final. Les Fennecs defeated Senegal 1-0 when both sides met in Group C three weeks ago, and the Teranga Lions look poised for a payback which will mean nothing but the trophy itself.

“I have unlimited trust in my players and I felt they want to achieve something. They did all what is needed to win. This generation is better than the 2002 one. My players told me they will be better than us, and they did.

“My relationship with them is like father-sons one. When I became their coach in 2015 I told them our target is to reach the FIFA World Cup and the Africa Cup of Nations final. That was the way to convince Kalidou Koulibaly to play for Senegal instead of France. Now here we are”.