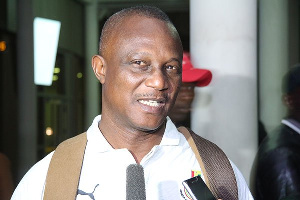 Ghana coach Kwesi Appiah says his side will not underrate Guinea-Bissau in their final Group F game on Tuesday.

The Black Stars have drawn their opening two games against and will need a win against the Wild Dogs to progress to the last 16 of the competition.

Speaking to reporters ahead of the all important clash, Coach Appiah stressed the importance of treating every opponent with respect but stated the goal is to win and qualify from the group.

“I have always said that you need to give every team that you are playing 100 per cent respect. Guinea Bissau is a strong team and as you saw they played against Benin, it was 0-0, and this shows that the mere fact that they have qualified for the competition, that means they are a good side,” he said.

“There is no way we are going to underrate them. We are going out there to give them a very good game.”