2024 Polls: We'll campaign against NPP if you fail to select Bawumia as flagbearer - Group to Executives 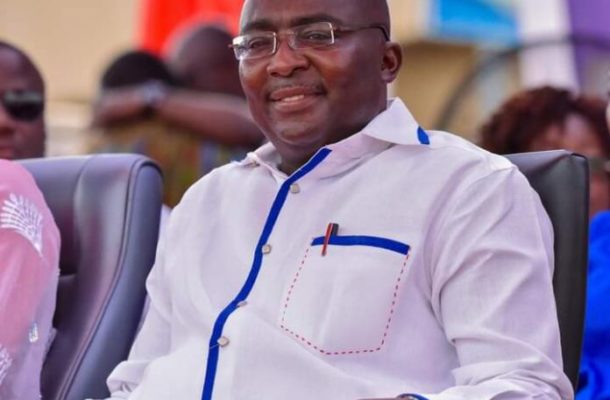 A political group called, Concerned New Patriotic Party (NPP) Members of Ayigya in the Oforikrom Constituency of the Ashanti Region are seeking the party's 2024 flagbearership position for the Vice President, Dr. Mahamadu Bawumia.

Members of the NPP group say, they will not hesitate to campaign against their own party if executives fails to elect Bawumia to lead them in 2024.

Leader for the concerned New Patriotic Party (NPP) Members of Ayigya, Mr Samuel Danquah popularly known as Hon SS told Newstimesgh.com in an interview that, no other candidate in the NPP qualifies for the position apart from Bawumia

He argues that Bawumia has been formidable in the party, government and keeps playing a crucial role in addressing the needs of the citizens.
According to him, selecting Vice President Dr. Mahamudu Bawumia as candidate to lead the NPP will see the party through victory.

However, if leaders of the party fail to select the Veep, the concerned New Patriotic Party (NPP) Members of Ayigya will stage a massive campaign against their own party.

"We will campaign vigorously against NPP if our executives fail to select Bawumia to lead us in 2024 general elections. Nobody can stop us"