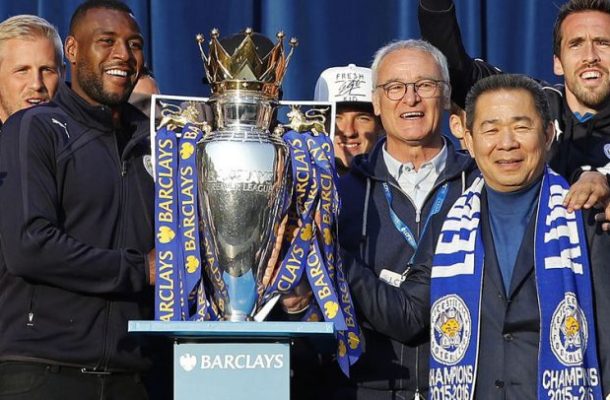 Leicester City chairman Vichai Srivaddhanaprabha has already lavished gifts and rewards upon his Premier League title winning Foxes. In May there were reports of 30 Mercedes B-Class Electric Drive cars being dished out, while the squad was then whisked away to Las Vegas.

Now, there is apparently even more on offer after images of 19 blue BMW i8 hybrid sports cars parked outside the King Power Stadium was shared on Twitter on Friday morning.

Priced at over £100,000 each, the vehicles are allegedly another gift for the stars that brought the city its the Premier League trophy against all the odds.

Srivaddhanaprabha’s generosity has known little boundary over the last few months. Fans were given free doughtnuts and beer to celebrate the billionaire’s birthday in April, while 30,000 supporters were able to claim a free pizza a month later to celebrate the title.