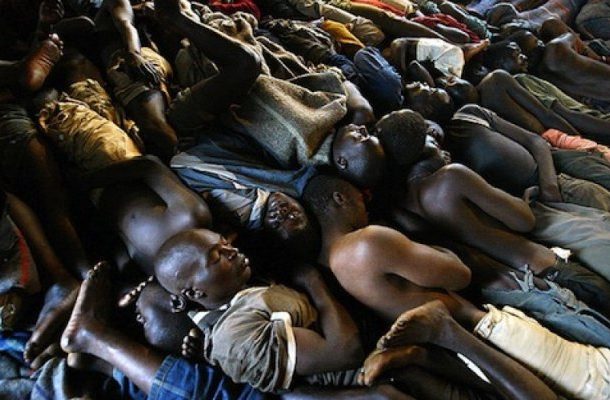 Ghana has approved a deal with the United Kingdom (UK) and Northern Ireland on the transfer of convicted persons.This follows the adoption of the Report by the Constitutional, Legal and Parliamentary Affairs on the deal presented by the Chairman, Magnus Kofi Amoatey.The ratification by the West African country is spurred by an amendment to its existing law, Transfer of Convicted Persons Act 2007, Act 743.The former British Colony enacted the Transfer of Convicted Persons Act 2007, Act 743 and proceeded to sign a bilateral agreement with the UK to that effect.Eight years after the implementation of the law, Ghana has amended the Act in line with additional Protocols to the Convention on the Transfer of Sentenced Persons.The amendment provides for some circumstances under which the concerns of a convicted person will not be sought by the sentencing stage.Following the amendment, the West African nation signed an agreement with the UK on November 12, 2015 to that effect.Presenting the Committee’s Report on the floor, chairman of the committee told the Legislature that the Attorney-General of Ghana, in spite of the waiver, still reserves the power or the right to give consent for the transfer of a sentenced person.He further told the House that the UK government, as part of the deal, is assisting in the refurbishment and expansion of facilities in some prisons in Ghana.“The implementation of the agreement will not compromise the human rights of sentenced persons and Ghana stands to benefit from the Government of the UK in the reform of our prisons,” he added.Deputy Ranking Member of the Constitutional, Legal and Parliamentary Affairs and Member of Parliament (MP) for Offinso South, Ben Abdallah Banda, commenting on the issue said, “A refusal to ratify this agreement may be seen as this House trying to avoid the implementation of our own laws.”Source: Daily Guide