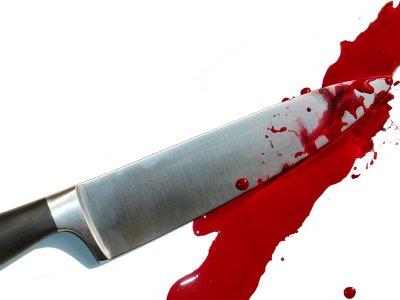 A 33-year-old woman has been slashed with 30 years prison terms after discovering that a woman she has long been staying with was not her true mother and subsequently stabbing her 42 times.

Ms Benedict Njoki Gachinga, 33, was sentenced on Thursday by Justice Abigail Mshila at a local Kenyan High Court in Nyeri.

The family through lawyer Gitonga Muthee said they expected Ms Gachinga to be handed a life or death sentence, according to Section 203 and 204 of the Kenyan penal code.

“But the 30 years is equally fair. We cannot deny that the court did its work well,” said Mr Muthee.

Ms Gachinga was found guilty for the murder of her foster mother Esther Wangari Kanuri, 64, on February 23, 2014 at Kihuyo village in Nyeri.

She had pleaded with the court to pardon her from death sentence because she was pregnant and was an HIV patient living under medical attention.

“The accused is a mother of one and is HIV positive and expectant. She is due (to give birth) in September this year,” her lawyer Njuguna Kimani told the court.

Justice Mshila found there was no rosy relationship between the deceased and the adopted daughter.

“There were 42 stab wounds inflicted by a sharp object on the elderly woman. Ms Gachinga targeted delicate parts of her body,” said Justice Mshila.

Evidence in court showed that Ms Gachinga started harassing the deceased after discovering she was adopted.

The deceased adopted her when she was three months old after she was dumped by her biological mother.

The harassment and confrontations worsened on the evening of February 23, 2014 when Ms Gachinga took a knife and stabbed the physically challenged foster mother who was suffering from arthritis.

Ms Gachinga later dragged the body to her bedroom, locked it from the outside and escaped to Nyeri town for a drinking spree.

Her house help and granddaughter sensed trouble when they later saw blood on Ms Gachinga’s fingers when they were handing her cigarettes in her bedroom through the window.

The two also heard Ms Gachinga open the bedroom and came out having taken a shower, changed clothes and left to town.

While in a pub, Ms Gachinga saw the news of her mother’s death on TV. But she was not bothered and continued drinking.

“While I was in the pub, four men came in and said they were looking for the woman who killed her mother. I went behind the club and started smoking. Later, at around 7pm, I left for Nyeri town and saw some three men following me. I escaped and ran to the police station,” said Njoki, a mother of one.

She admitted harbouring a grudge against Ms Kanuri for reasons she did not disclose.

“I discovered that she was not my biological parent after snooping into a cabinet in the house that was always locked. I was 14 years then and I told my brother that we are adopted children. I became confused and escaped from home for one month to look for my biological mother but I later returned,” Njoki told the trial court headed by Justice Abigail Mshila.

Two days before killing her foster mother, Njoki had sent her pastor, Mr George Gichure Mwangi, a text message saying she was angry and would kill someone.

Though Njoki throughout the trial denied killing the elderly woman, Justice Mshila Monday found the prosecution’s evidence was credible, cogent and consistent.

The court also found there was no evidence indicating there was an intruder in the house.