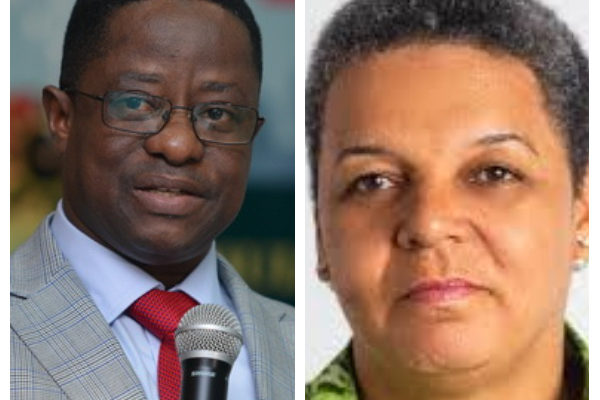 MP for Awutu Senya West, Gizella Tetteh Agbotui, on Wednesday brought John Peter Amewu to his knees, questioning the minister designate for Railway when he will learn at his current age of  53.

The MP for Hohoi had to retract certain unprintable words he had used on former president Mahama, apologizing by saying he is in the "learning stages"

Gizella Agbotui was remarking to a response by the Peter Amewu, who is undergoing vetting at the Appointments Committee of Parliament, to why for the second time, he is having to withdraw statements he made in the past that were in the bad light.

Seeking clarity from the nominee on the description of a 'conman' that he once used in reacting to an issue related to former president, John Dramani Mahama, Gizella asked if he still stood by the description.

"Mr. Chairman, in that context, I withdraw that word," Peter Amewu said.

Gizella: "It's surprising how it has taken him that long that he must respect the office of the president and it has taken you that long to withdraw. In the same manner on the 6th, you said you were going to kill all of us here. That is one statement, this is the second, what do we expect as the third?"

Amewu: "Thank you, Mr. Chairman, these are learning stages and I don't expect the third to come.

John Peter Amewu is before the Appointments Committee of Parliament to be vetted on his appointment by President Nana Addo Dankwa Akufo-Addo to the office of Minister of Railway Development.