Black Queens to play in six nation tournament in Nigeria 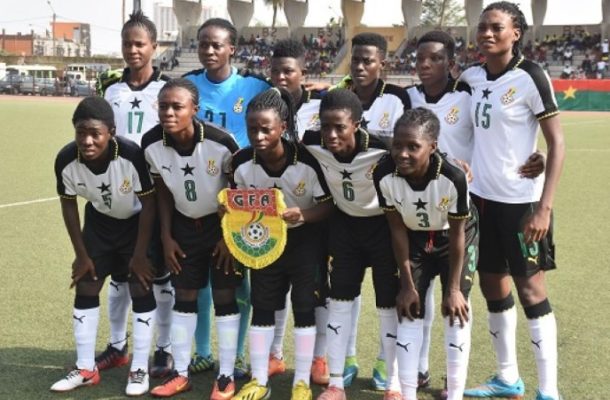 The Black Queens of Ghana will play in the six nation Aisha Buhari Invitational tournament that will be held in Nigeria in September.

It will include giants women football nations on the continent like Mali, Cameroon, Morroco, South Africa and host Nigeria.

The charity event that is being played in honour of Nigeria's first lady Aisha Buhari is aimed at empowering women especially the girl child on the continent.

It is being hosted by Nigerian who happen to have FIFA Council member Amaju Pinnick as their FA chairman and his interest in developing the women's game.

A member of the event organizing committee says that friends of Nigeria's first lady will also support her during the tournament.

He added, “It will be a festival of women football with some of the biggest names in world soccer expected to be in Nigeria to witness the matches and also participate in some of the events lined up alongside the games.

“Friends of the first lady are also expected be at the event to support her throughout the tournament.

“Apart from the football on the pitch, there will be other activations to sensitise Africans on the benefits of sports to national development. It will also address issues affecting women in developing countries with direct reference to the place of the girl/child in our society.

“The competition will also serve as a dress rehearsal for the CAF Women’s Champions League, which will begin later this year."