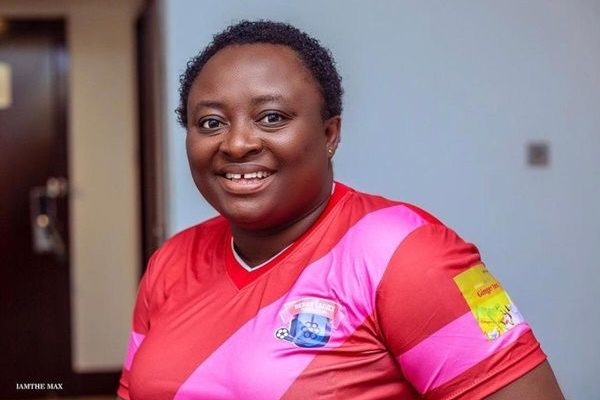 Dr. Gifty Oware-Aboagye, the Deputy Executive Director of the National Service Scheme and Chief Executive Officer of the club is in line for a major recognition in the football industry, having been nominated as best CEO of the season.

Oware-Aboagye’s nomination comes on the back of her sterling performance in steering the affairs of the Women’s side, making it a model club for female soccer clubs in the country.

Under her supervision and administration, Berry FC can boast of a world class administrative office, a club house and came second in the just ended Women’s Premier League.

Black Queens Head Coach who double as the Head coach of Berry Ladies also had her own share on nomination for her excellent technical training and skillful performance of her team in the league.

The club has also been nominated as the Ghanaian football club with the best social media presence. Berry Ladies have a lively presence on social media with their various handles providing accurate and timely information on matches and other happenings within the club.

They will be competing with seven other clubs including Hearts, Kotoko for the honors.

They have been pitched alongside Ampem Darkoa Ladies and Hasaacas Ladies in the best female club category.

Berry Ladies finished second in the Southern Zone of the WPL with a point accumulation of 31.