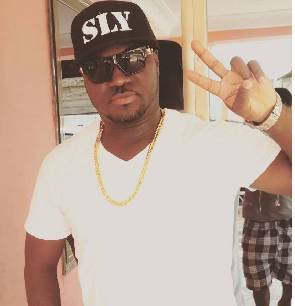 The Kumawood star in an interview with Zionfelix.net over the weekend in Kumasi said the current president has done better than all past presidents who have been in office for the past thirty years hence his plea to Ghanaians to give him another four years. The Fault actor opined that he strongly believes the Mahama-led NDC administration will change Ghana if they are given another term.

“For the past thirty years I’ve been in Ghana, he is the only president who has developed Ghana quickly in terms of infrastructure after putting all past presidents on scale.

He is also humble and God fearing. He is one president who has taken roads and housing serious in the country. Despite dumsor, he is still developing the nation and I believe that if he is given another four years, he can change Ghana.

Lets take a closer look at the projects he has put up in the Ashanti Region even though we do not vote for him. The Kejetia market, hospitals he’s established and other developmental projects ongoing in the city all prove that this man is serious and determined to develop the country to a certain standard.”

He quickly added that he has not been paid to sing praises about the ruling government.

He prophesied that the current president would win this year’s general election.

“Surely Mahama is going to win this year’s election. Nana Addo is a loser, he is just worrying himself so he has to stay back. Mahama is winning and it’s a one touch for him.”

When asked if coming out to talk against the leading opposition party, New Patriotic Party and endorsing president Mahama will not affect his acting career, Sly answered that “Its God who takes care of humans”

“Whether producers will work with me or not for coming out to show my love for the president, it is their problem. Its God who touches the heart of humans for them to employ the services of actors.

Daddy Lumba, Kwabena Kwabena and others endorsed NPP and nobody threatened them. Are they not celebrities?

If you check the actor’s code of ethics and constitution, nothing restricts us from publicly endorsing a political party. I don’t understand why it becomes a problem when a celebrity endorses Mahama and his NDC party but it’s normal for others to show their love for NPP.”