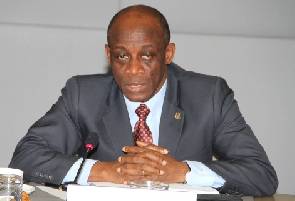 Business Finder’s comparison of Ghana’s debut on the international capital market in 2007 when it raised US$750 million at a cost of 8.50 per cent with the recent Eurobond has revealed a struggling economy. The paper’s analysis showed that while the first bond was issued for a maturity term of 10 years at a cost of 8.50 per cent, the fifth Eurobond issued this September has a shorter term of five years and worse still at a higher cost of 9.25 per cent.

The short term nature of the fifth bond and the high cost will undoubtedly put greater fiscal stress on government as it must marshal funds to commence its repayment from September 2020, barely three years away.

Economists who spoke to Business Finder said the development was a clear sign that the fundamentals of the Ghanaian economy are far from improving.

According to them, it reflects the current weak fundamentals of the economy, including the high public debt (GHS105 billion as at May 2016), increased debt service risks, high inflation (16.7 per cent) and slow growth (revised downwards from 5.2 to 4.1 per cent).

On the contrary, in the face of a global economic and financial crisis in 2007,Ghana’s economic growth rose to 9.1 per cent, while Ghana’s total debt amounted to GHS9.5 billion by the end of 2008.

Following the adoption and implementation of the HIPC initiative and the then government’s policy framework of fiscal discipline, the country’s debt to GDP ratio declined from 189 per cent in 2000 to 49 per cent in 2008.

Government debt as a percent of GDP is used by investors to measure a country ability to make future payments on its debt and so affects the country’s borrowing costs and government bond yields.

According to analysts, when Ghana entered the international bond market nine years ago, it was said at the time that the country was subjecting itself to the discipline of the commercial borrowing market, and that it was positive for the country.

“From the high yields the market is offering us, Ghana is now being disciplined for retrogressing,” one economist said.

Dr Eric Osei Assibey, Economist at the University of Ghana disagrees with government’s description of the deal as having been oversubscribed and seeking to imply that it was proof of renewed investor confidence in Ghana’s economy.

The economist observed that the last time Ghana borrowed, “we did so at a cost of 10.75 per cent for a period of 15 years which was in terms of cost very high; but looking at the term to maturity, it was good because it gave government enough laxity to mobilize revenue.”

According to him, even though the interest rate had reduced from 10.75 per cent to 9.25 per cent, the number of years for the loan to mature had reduced drastically from 15 to 5 years.

“A calculation of the effective rate of interest will show that the deal is not favourable at all,” he noted.

“When we compare the $1 billion Eurobond issued at 10.75 per cent for a term of 15 years against $750 million for only five years at 9.25 per cent, it is obvious that the latter cannot be described as a good deal,” he explained.

Every country borrows. There is no country in the world that doesn’t borrow but when you are borrowing there is the need to pay attention to the term structure of the loans, he pointed out.

He however indicated that the coming of the $750 million was good because it was coming in as inflows to shore up the country’s domestic currency and give government the fiscal space to carry out development projects outlined in the budget and refinance some of the maturing debts.