8 myths about gut health debunked by an expert 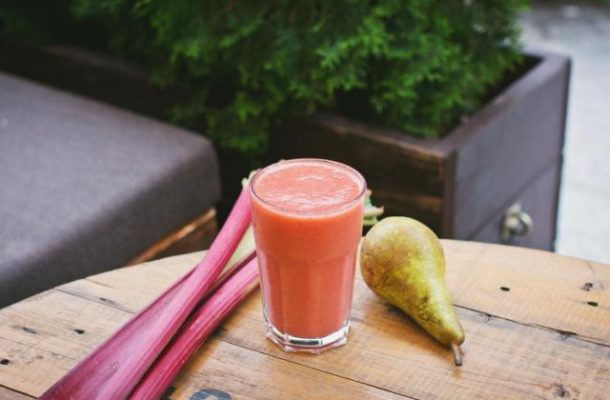 The state of your gut can affect your overall health in a number of ways, from your digestive function, to your immune system and weight management. And scientists are increasingly exploring the link between the gut and mental health.

The gut contains good – or "friendly" – and bad bacteria, and according to the American Nutrition Association, a healthy balance between the two is around 85 per cent good and 15 per cent bad.

Taking steps to rebalance your microbiome can help to improve your digestive health and reduce bloating or constipation.

But there's so much information out there, it can be hard to know how to keep your gut healthy.

Here, we walk you through the dos and don'ts...

If you've read anything about gut health over the last few years, the chances are you will have heard the terms "prebiotics" and "probiotics".

Here, Kirsten Jackson, a specialist dietician and founder of the Food Treatment Clinic, explains the difference between the two.

Prebiotics, she says, are "non-digestible, food ingredients that beneficially affect the host by selectively stimulating the growth and/or activity of one or a limited number of bacteria in the colon and thus improve health".

While probiotics are "live microorganisms that when administered in adequate amounts, provide a health benefit", she said.

Experts and nutritionists often mention the importance of probiotic foods like kefir, kimchi, sauerkraut and live yoghurt in helping to grow good bacteria in your gut.

But Jackson told the Standard that they "have to be able to reach the end of your gut in a great enough quantity to have a beneficial effect and while these foods certainly contain good bacteria, whether they get all the way to the end of your gut alive or not has yet to be been proven."

She says that fermentable carbohydrates like garlic, leeks, asparagus and chicory root, called prebiotics, are more effective in the process of rebalancing the gut.

"These [foods] are really good as they get right to the end of your gut where the bacteria is and it gets broken down. It’s the food for the gut bacteria that makes the good bacteria thrive," she explained.

You may have noticed influencers and celebrities increasingly promoting probiotic supplements on their social media pages. There has been an explosion of products onto the market, but Jackson warns you should err on the side of caution.
"We're still a long way off from fully understanding them," she said. "Certain probiotics have been proven to help with symptoms of IBS, but others have very little proof behind them."

Jackson says that there are three probiotic supplement products that she has seen help clients suffering from IBS symptoms, and they are Alflorex, Symprove and vsl#3.

Don't waste your money on a colonic
Colonic irrigations may be less popular now than they were around 10 years ago, but for people suffering from severe constipation, they can feel like a tempting, though pricey, solution.

"It won't do you any harm, for someone suffering from constipation and bloating it can make you feel much better, but it's only a temporary solution," Jackson said.

"It’s a bit like having a massage, you feel so much better in that 24 hours after having it, but it's not actually solving the underlying problem."

Be wary of products that promise to "cleanse," "heal" or "detox" your gut...

"There's no science behind herbal colon 'cleansing' and there are lots of false claims being made," said Jackson. "You don't need to cleanse your bowel, it's not dirty," she said, adding that it's misleading to use terminology like "healing" and "detoxing" in relation to gut health.

...As well as the placebo effect

"If you go in and genuinely believe it's going to work or have spent a lot of money on it, the chances are that you might start to feel better, but that doesn't mean it has actually worked," said Jackson, who added that this is likely due to the "gut-brain axis."

Many people say that their IBS flares up or they experience other digestive issues when they're stressed.

Jackson says: “When we're chronically stressed we release the stress hormone cortisol, and we have a nervous system reaction that does have an effect on the gut.

"What's interesting is that we’re now seeing that the digestive system seems to be sending signals back up to the brain as well. But we're not quite there yet."

Fasting is bad for gut health
Intermittent fasting is getting a lot of airtime lately, but Jackson says that eating regularly is a better way to support gut health.

"By eating three meals a day, you're stimulating your gut to move through more regularly more, if you're not eating then food sits in your gut for longer and creates more gas.

"It's also very difficult to get all the fibre, prebiotics and nutrients that you need to keep your gut healthy from two meals in 48 hours – it's not the answer," she said.