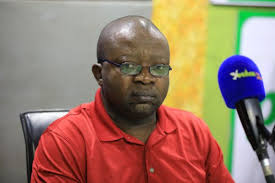 A Political Scientist with the University of Ghana, Dr Kwame Asah- Asante has said he expected a lesser number of Ministers than the 86 the President came out with.

According to him, though President Akufo Addo did well by reducing the number of ministers to 86 from the 126 in his first term, he could have done better.

The President on Wednesday April 21, released a list containing 39 names of his Deputy Ministers designate and if all are passed by Parliament, the number of ministers will be 86, exceeding by one, the number the President promised for his second term.

A section of Ghanaians believes the reduction by the President is laudable but some are of the view that he should have done better, considering the current economic state of the country.

In an interview with Accra-based Joy Fm, as monitored by Ghanaguardian.com, Dr Asante avered that it is not quantity but the quality of the people that ensures efficient and effective delivery.

“People like us expected more reduction, in the sense that you don’t need the numbers to deliver the public good, no, all that you need are people who share in the president’s vision and who are team players and would support the ministers, that’s it.”