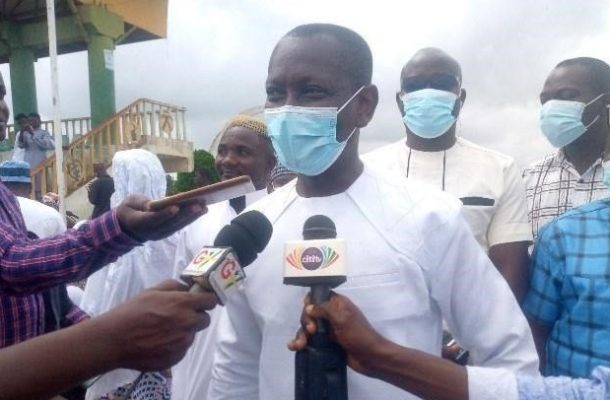 The Attorney-General and Ministry of Justice is putting finishing touches to the Non-Custodial Bill, Deputy Attorney General Alfred Tuah-Yeboah has said.

The passage of the bill into law, yet to be put before parliament, would facilitate non-custodial sentences-punishment given by a Court of law other than a term of imprisonment.

Such punishments include; fines, probation orders and conditional charges for minor offences and misdemeanors.

Mr. Tuah-Yeboah expressed concern about the surging congestion in the country’s prisons, describing the situation as a huge and daunting national concern.

As of the end of last year, prison overcrowding was about 55.49 per cent, with the nation’s prison population hovering around 15,451 as against 9,945 standard capacity for prisons.

But, speaking in an interview with newsmen in Sunyani, Mr. Tuah-Yeboah explained the bill had received positive public response and expressed the hope Parliament would expedite action for its passage when brought before it.

“When passed, people convicted of minor offences by Court would also be compelled to do community services and work and this would go a long way to decongest the prisons and protect public purse as well”, he said.

On corruption, the Deputy Minister explained the Public Officers Act on Asset Declaration was going through vigorous amendment processes to fine-tune and make it realistic enough in fighting corruption.

“Currently, Parliament is considering a bill that will facilitate amendment of the Public Officers Act on asset declaration”, he added.

He however, added that fighting social canker required concerted and collective approach, and urged civil society actors, the media and the public to lend their support.
GNA