A Plus ‘punches’ Ophelia Hayford for defending insecurity in Ghana 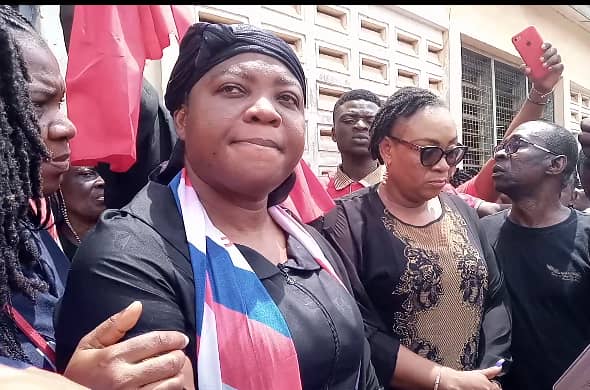 A comment from Ophelia Hayford Kwansah, MP for the Mfantseman constituency, on the fatal bullion van robbery incident, has triggered a ‘punch’ from political activist and social commentator, Kwame Asare Obeng, otherwise known as A Plus.

It will be recalled that on Monday, June 14, 2021, armed robbers attacked a bullion van carting money at Adedenpo, a suburb of James Town in the capital, Accra.

The incident led to the gruesome killing of General Constable Emmanuel Osei who was guarding the van and a trader in the area. They were both shot by the armed robbers.

The incident since it occurred has generated a debate as a section of the Ghanaian populace including some security analysts have suggested the country is no longer safe.

But, Hon. Ophelia Hayford who is also the Vice Chairperson for the Defence and Interior Committee of Parliament believes otherwise. According to her, the Monday robbery incident is not an indication that Ghana is in a state of insecurity.

She said although complaints about insecurity is a matter of concern, the James Town incident should be considered as an isolated one on the police officer.

“I think we should look at this incident as an isolated attack on the Police, and not insecurity within the country. The complaints of insecurity is a matter of concern, but it does not depict the whole country. This is an isolated case which we are going to deal with,” the retired police officer said on Citi FM's Eyewitness News.

However, in reaction, A Plus ‘punched’ Ophelia Hayford with a simple message, which sought to suggest that the comment made by the MP will even surprise her late husband, Ekow Kwansah Hayford since he was equally murdered in a robbery attack.

He wrote, “Really? Your husband will turn in his grave!!!”