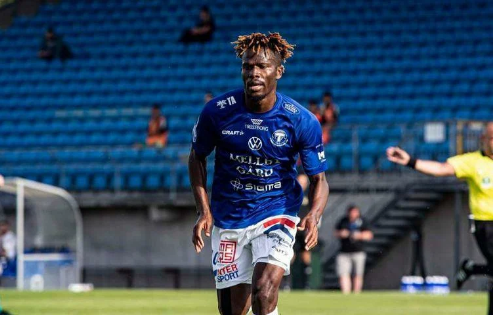 Ghanaian striker Abdul Fatawu Shafiu was on target over the weekend for his lower tier  Swedish side Trelleborg FF as they drew 2-2 with Vasalaunds IF at the Skytteholms IP Stadium.

The game started slowly as there were far and few chances in the early exchanges with both sides cautious when attacking.

Chances were far and few as defensive solidity won the day as the first half of the game ended barren with neither side able to breach the rearguard of their opponents.

All the action was reserved for the second half as there were four goals scored in the second half with the home side's Mai Troare scoring the opener in the 55th minute of the game.

Abdul Fatawu Safiu pulled parity for the away side seven minutes later to draw the game level at 1-1.

Fatawu Safiu has scored his first goal in the 2 weeks old league.