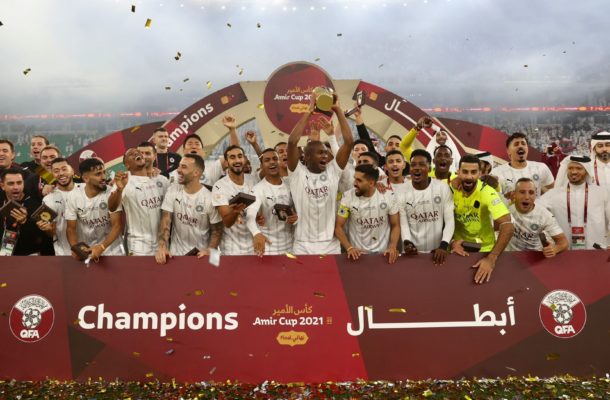 Legendary former Black Stars captain Abedi Ayew Pele has sent a message of congratulations to his son Andre Ayew after he helped his side Al-Sadd clinch the Amir cup.

It was an entertaining match with very little goals and befitting of most cup finals as both sides were cautious in their approach.

There was very little to separate both sides even during regulation time as a tale of two penalty kicks from both teams sent the game into penalty shoot out.

Al Rayyan scored the first goal of the match on the cusp of the first half with Algerian forward Yacine Brahimi the scorer of the penalty to hand his side a 1-0 lead heading into the break. 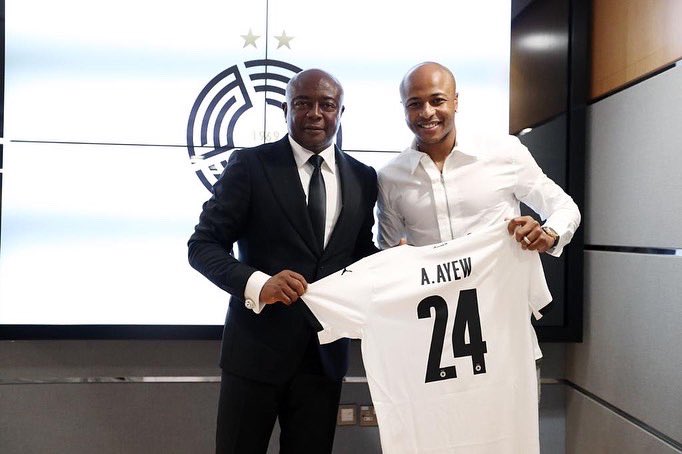 After recess, Al-Sadd pulled parity as former Villarela and Arsenal midfielder Santiago Cazorla converted from the spot to equalize in the 58th minute.

Andre Ayew who started the game was replaced in the 80th minute with teammate Ali Assadalla as the game headed into penalty shootout.

Al Rayyan scored four of their five penalty kicks as Al-Sadd converted all five to win their first trophy of the season in a trophy laden spell for former Barca midfielder Xavi Hernandez who is now coach of Al-Sadd.

Andre Ayew is following in the footsteps of his father who is a cult hero among many Ghanaian football fans as he also played for Al-Sadd.

Abedi joined the Qatari giants after winning the 1982 Africa Cup of Nations in Libya with the Black Stars.

He made eight appearances for the club scoring seven goals in the 1982/83 season before moving to Europe to join Swiss-based side Zurich in 1984.

On Thursday, 22nd July,2021 his son Andre Ayew signed a two year deal with King of Hearts after passing his medicals.