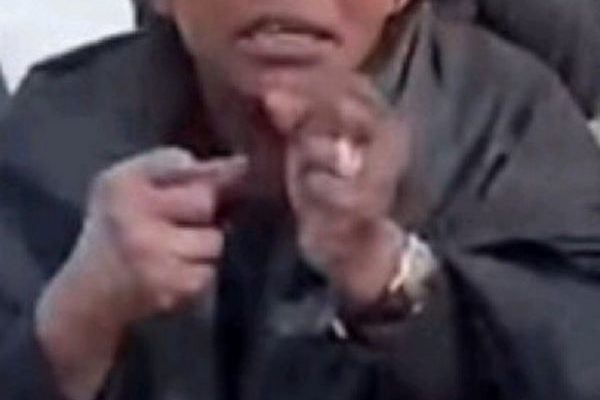 Veteran actress, Rose Mensah, popularly known as Kyeiwaa, is grieving the loss of a young lady she took in as her daughter.

Kyeiwaa, in a video, identified her daughter as Rebecca Sagoe, who is well remembered for her splendid dance moves during the former’s wedding to Michael Kissi Asare.

According to Kyeiwaa, their bond developed when they met at Massachusetts in the United States of America and remained close even to the point of serving as a chief bridesmaid at her wedding.

Barely eight months after the plush wedding, the duo have met again, this time, at the filing past of young Sagoe’s mortal remains, after she passed on while receiving treatment at the hospital.

The veteran actress could be seen wailing uncontrollably both at the church and in the cemetery. Kyeiwaa further disclosed she was not doing well, but prayers from her spiritual mother averted the situation, yet, as the saying goes, death is inevitable. Kyeiwaa shared the footage from her daughter’s funeral to admonish humans to build on love and compassion for all.