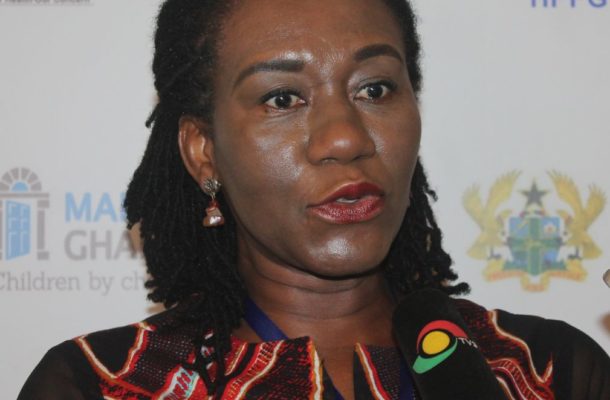 The two-day summit sought to press home demands for the government to increase funding for adolescent SRHR, and commit more resources to ARH initiatives.

This is to enable the authorities to find more meaningful and efficient ways of increasing the use of contraceptives by adolescents, to reduce unplanned births and harness demographic dividend for national development.

The summit themed “Effective Population Management through Adolescent Sexual and Reproductive Health Financing Beyond Aid”, was organised by the National Population Council (NPC), with support from Marie Stopes International Ghana, and some civil society organisations.

Dr Leticia Adelaide Appiah, Executive Director of the NPC, said adolescent reproductive health needs could not be ignored in Ghana’s development agenda and that there is an urgent need to invest in adolescents to ensure that the nation produced healthy adults.

“Adolescents are an extremely important segment of people in any country’s life. They define the health and economic situation of a nation’s future, and cannot be ignored with regards to sexual and reproductive health services,” she said.

Dr Appiah stressed, “sex is good, but the outcomes of sex largely depend on who is involved,  and at what time in their lives, the consequences of sex can be devastating or beneficial for parties involved,  the child, communal and the nation in both short and long terms”.

Dr Appiah said in Ghana, the 2014 Demographic Health Survey indicated that adolescent births were 140 per 1000 nationally, which was higher than the West African average of 115 per 1000 adolescents.

She said reproductive health knowledge and services had proven to empower boys and girls to harness their potentials towards nations’ development, contrary to the notion that it made them promiscuous.

The Country Director for Marie Stopes International Ghana, Madam Anne Coolen, observed that Ghana’s young population was ever growing, while high fertility rate had increased the proportion of young people in society.

She stated that current maternal mortality rate was very high, and adolescents, unfortunately, formed a high proportion of statistics, hence the need for the government to lead the way and invest more in programmes, which would help reduce unintended pregnancies and high fertility rate among adolescents.