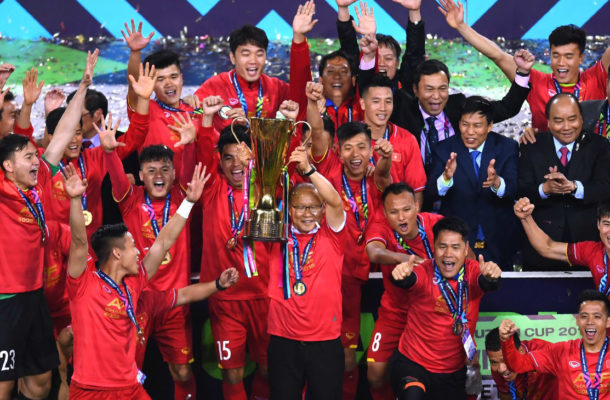 "Please also convey my compliments to the whole team led by Park Hang-seo on this achievement and their excellent performance throughout the competition. I wish them the best in their preparations for the AFC Asian Cup UAE 2019."

Vietnam will now set their sights on the AFC Asian Cup UAE 2019 where they will play in Group D against Islamic Republic of Iran, Iraq and Yemen.

The Golden Dragons will be aiming to continue their fabulous run of 2018, where the U23 emerged runners-up in the AFC U23 Championship 2018 and narrowly missed out on the bronze medal in the 2018 Asian Games.