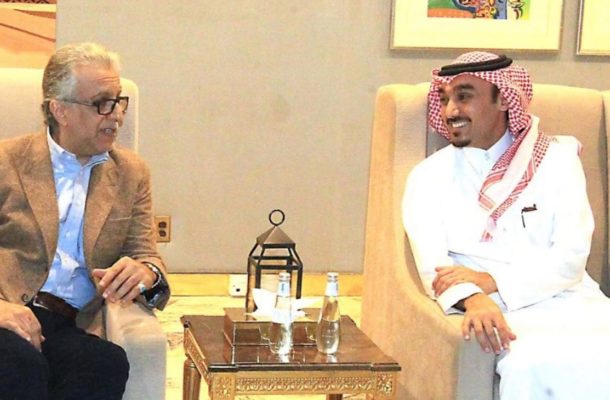 
The AFC President, who met HRH Prince Abdulaziz during a visit to Riyadh, hailed the achievements of Saudi Arabian teams at the national teams' and club levels, who have made their mark at the continental and international stages.

Shaikh Salman stressed that AFC is determined to further strengthen relations with Member Associations and enhance unity for the continued progress of Asian football.

AFC's plans to raise the level of the game in line with the Confederation's Vision and Mission were also discussed, with Shaikh Salman explaining the plans and initiatives for Member Associations.

The AFC President also thanked Prince Abdelaziz for the hospitality extended, hailing his desire to develop sports in Saudi Arabia at all levels.Source: the-afc.com