AFC President praises the progress of the Vietnam Football Federation 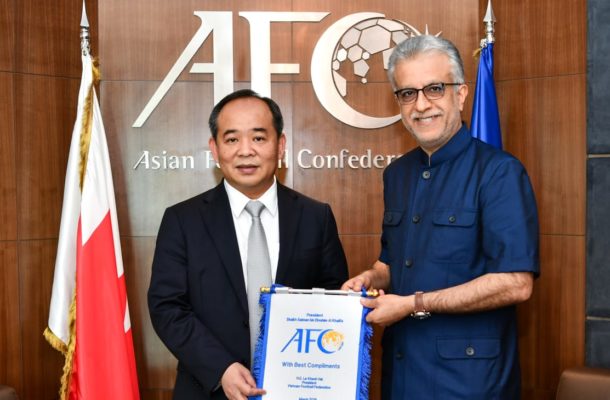 
It was H.E Khanh Hai’s first visit to the AFC headquarters since becoming President of the VFF last December.

The AFC President congratulated H.E Khanh Hai for Vietnam's successes, especially after an outstanding 2018 which saw the South-East Asian nation excelling at various levels. That form was continued into the AFC Asian Cup UAE 2019 where Vietnam reached the quarter-finals.

Shaikh Salman also expressed his gratitude for the close relationship VFF has with the AFC, which has helped the sport's progress in the Continent. He said: “The VFF is a stable organisation with excellent governance standards and unity of purpose and this has contributed to their success.’


The AFC President also shared with the VFF delegation the initiatives and projects that have been implemented under the AFC Vision and Mission.

H.E. Khanh Hai congratulated Shaikh Salman for the progress AFC has made over the last six years and assured VFF's continued support. In thanking the AFC President for the assistance that has been extended to VFF, H.E. Khanh Hai also sought Shaikh Salman's further support for the continued development football at every level in Vietnam.Source: the-afc.com