Contrary to media reports that the Ghanaian contingent in Gabon for the 2017 AFCON tournament had rejected the training pitch and hotel allocated to the team by CAF, the Ghana Football Association has revealed that the team has touched base and is currently occupying their allocated hotel.


Some media outlets had reported that the Ghana team had rejected the training pitch and the Hotel du Parc  allocated to the team by CAF in Port Gentil together with Uganda.

A statement from the GFA on twitter said, "#Ghana has not rejected #can2017 training pitch. Team arrived last night & yet to observe the pitch, contrary to a media report. #AFCON2017" 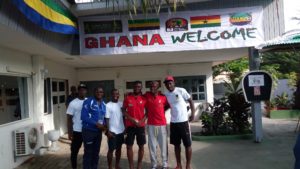 In another tweet, the GFA clarified the issue of accommodation 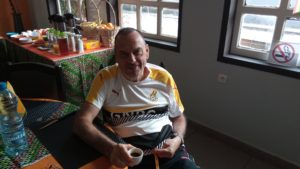 On Saturday night, the 23-man squad together with technical and management officials arrived in the Central African country’s city of Port Gentil via a direct chartered flight from the United Arab Emirates where they held their pre-tournament preparations for 11 days.