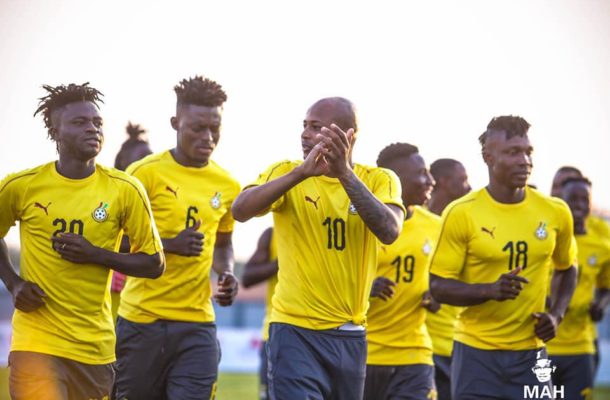 Black Stars have kept a firm grip on the top of Group C of the Cameroon 2021 qualifying series after beating São Tomé and Príncipe in their second group game on Monday.

Black Stars were too strong for the host to handle as they defeated the Falcons and True Parrots 0-1 to make it two wins from two games.

Ghana scored the only goal in the game in the second half through a penalty by Jordan Ayew, due to the bad nature of the Estádio Nacional 12 de Julho pitch which did not favoured the flow of football for both teams.

Ghana next game will be played in August 2020 against Sudan.