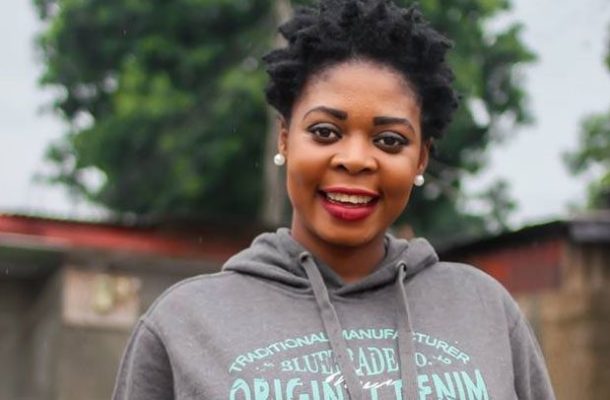 According to her, she’s been suffering depression for sometime now and has contemplated suicide twice; the first being in Germany, after the birth of her third child.

She said in an interview with Graphic Online that although she had been on medication for the mood disorder, her recent post on Facebook threatening to kill herself as well as her three children was not a publicity stunt and that if she had not been reached out to by a staff of Zylofon media she would have carried out the act.

“I actually meant to go to the village, kill myself and kill my children too… I would never do that for attention. That was how I felt that day when I woke up. I woke up and just wanted to end it all.”

She told Graphic Online that her first attempt to commit suicide was caused by comedian Afia Schwarzenegger in 2016 when she described as a thief and a liar on a live radio interview.

“The depression had been there for so long but I didn’t even know. I was diagnosed when I was in Germany. I think the person who brought out the depression in me was Afia Schwarzenegger.

“At that time I was pregnant and I was in Germany and I wrote a letter to President Mahama. She picked up the news, called me, interviewed me and insulted me and called me a liar and a thief…I cried because if you are calling me a thief; for someone like me who has sacrificed her life for this nation educating people and I was being paid just GH¢800…if with all these things somebody can just pick a phone and call me a thief and a liar…I cried. Before I realised I was in the hospital. I don’t even know how I ended up there.”

Joyce who is now venturing into music says she regrets taking the role of an HIV/AIDs Ambassador.

According to her, revealing her HIV status has rather brought untold hardship on her.

“The mistake I made was accepting that role of an HIV/AIDs Ambassador. I regret. The only thing that makes me happy is the fact that I was able to save lives during my term. But I regret in the sense that I put my children at risk, I put my entire family at risk. I was thinking that educating people will help them understand and accept people living with HIV. I didn’t know that the stigma was going to bounce back to me.”