Africa’s potential 'game changer' in the fight against malaria 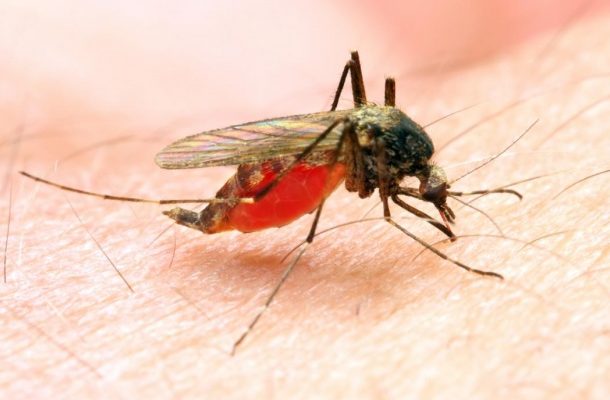 "At first this project started like a game, we were just friends getting together doing something exciting," says 26-year old Brian Gitta."But after about a year I said, hey guys we're having fun but I think we can change lives with what we're doing."Brian is talking to the BBC just weeks before clinching the Royal Academy of Engineering Africa innovation prize for his malaria testing device.Four years ago, Brian and his fellow students at Makerere University in Kampala, Uganda, came up with this low-cost, reusable device called Matibabu which detects malaria quickly without drawing blood.Although still in prototype stage, the society judges called his malaria testing machine "simply a game changer" in the fight against this deadly disease.Magnets and matiscope"Matibabu" means "treatment" in Swahili, and the machine uses magnets and a custom-made portable device called a matiscope.This shines a red beam of light on to the user's finger, detecting a substance called haemozoin crystals, the by-products of the malaria parasite.The makers believe Matibabu could transform the situation by speeding up testing times since it does not need to draw blood nor use invasive needles that children, in particular, can struggle with.Last year in Uganda alone, malaria affected 9.5 million people and killed 5,100. Globally, the disease kills almost half a million people a year, mostly small children living in sub-Saharan Africa."My child suddenly suffered convulsions and refused to eat. He was happily playing around one moment and going to school, and became ill the next," says Achan Nighty, sitting on a bed next to her son, aged six, at Kitgum Hospital in northern Uganda."We live very far from the clinic in a small farm. I need to take care or my three other small children and don't have money, so it took me three days to come here. I pray it's not too late."Brian first came up with this idea when he suffered a severe bout of malaria, coupled with typhoid.While at hospital, he imagined a quick and pain-free mobile diagnosis device without the need for needles..He then teamed up with other graduates with skills in engineering, computer sciences and infectious diseases to develop the device.The latest fifth-generation Matibabu model only needs two minutes to detect malaria as opposed to 30 or more minutes required when using a microscope.The other currently accepted testing method, Rapid Diagnostic Tests, take up to 15 minutes and require drawing blood but cannot show the number of parasites which could lead to overmedication.Since Matibabu does not require any blood sample, it does not need to be operated by a specialist, so can be used by local communities.Lack of resourcesIn addition Matibabu is connected to a smartphone, meaning that it can collect data, alerting health teams to malaria outbreaks."Many people live in remote rural communities and the roads are terrible, so they have problems reaching a health facility," says Kitgum hospital director Dr Geoffrey Akena."To try to solve this problem we've deployed village health teams that travel around the region treating people, but we don't have information so they're moving around blindly."Across Uganda, there are 1.5 million cases of malaria every year that lead to serious complications, according to the Ministry of Health - meaning the disease was detected too late. Malaria can be cured much faster and more effectively if treated within the first 24 hours.Matibabu would help bridge this gap and ensure that medication, which is readily available, reaches those who need it quickly.Game changer?But not everything is clear-cut. The current Matibabu device detects some 80% of malaria cases, far from the 99% that is the accepted international norm, something of which Brian is aware."Our device is bulkier than previous models, is connected to a personal computer, and you cannot insert your finger since the light shines on a blood sample. But our focus now is on the next laboratory clinical tests with 300 patients and to perfect the machine, we'll improve the design later."Brian speaks while holding his small suitcase-sized device, standing outside a clinic in the outskirts of Kampala, one of many he visits to explain to doctors how his machine works.Despite the challenges, Brian remains confident that Matibabu will work and is seeking $600,000 so they can bring it to market in the next two years - with the potential of it being used in the future to diagnose other diseases such as anaemia.This BBC series was produced with funding from Bill & Melinda Gates FoundationSource : BBC