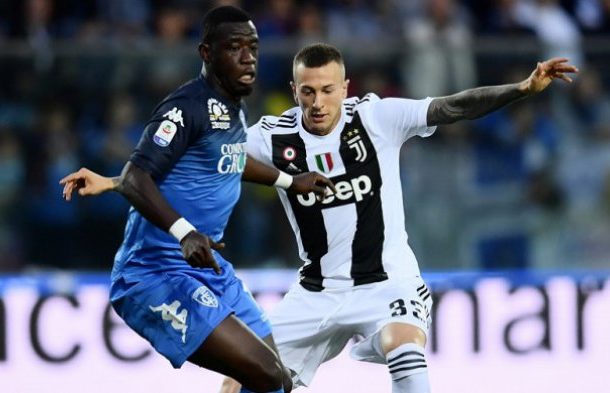 Ghana midfielder Afriyie Acquah lasted the entire duration as Empoli suffered a 2-1 defeat at home to Juventus in the Italian Serie A.

The Ghana international, who has been on a run of consistent form was in the thick of affairs but Cristiano Ronaldo’s brace sealed the three points after they had gone 1-0 down through a goal of Francesco Caputo in the first half.

Ronaldo’s first goal came in the 54th minute through a penalty kick awarded to Juve for a foul of Bennacer on Paulo Dybala.

His second was stunner from 25 meters, just unreachable for Empoli goalkeeper Ivan Provedel who was at his second appearance in Serie A.

The result means that Empoli have taken only two points since the International break in September – only Frosinone and Chievo have won fewer points during this period.