Afriyie Acquah thanks Torino fans in tweet after Empoli switch 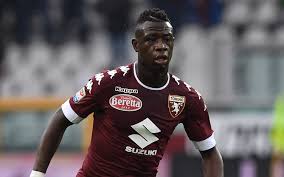 Ghana midfielder Afriyie Acquah took to his twitter page to thank Torino fans and management for their support during his time at the club.

Acquah has been playing with Torino since 2015 and his contract was due to expire next summer.

The 26 year old completed a deadline day move to Serie A returnees Empoli on a permanent basis after passing a medical on Friday.

The Ghanaian could mark his debut for his new club in their Serie A opener against Cagliari on Sun day.