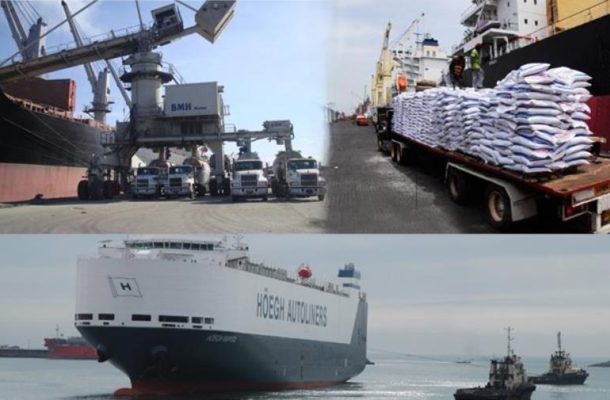 Association of Ghana Industries has welcomed directive by President John Mahama to shipping lines to stop the Terminal Handling Charges at the Port.

According to the AGI, the terminal handling charge will result in a revenue loss of $78m through the port, making the nation loss more to foreign counterparts.

In an interview with JOYBUSINESS, president of the AGI James Asare Adjei said the numerous charges at the ports is have been hampering businesses especially at the time when local industries are facing unfair market competition from China and other neighboring countries.

President Mahama issued the directive few minutes after the AGI president made an official appeal to him openly to intervene to reduce the cost of doing business for local industries operating at the port.

Key business associations have been calling for the abolishment of the THC since it has no legal support.

According to them, the continuous charge of such a fee will be a hindrance on their business operations.

Earlier, Minister of Transport Fifi Kwetey has issued a directive to the shipping lines to halt its implementation but the majority of shipping lines declined and continue to charge.