Akon is engineering a new Africa 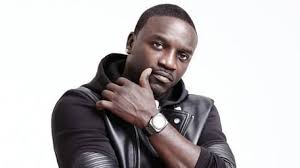 Vision is a curious thing: as much a curse as it is a gift. Few understand the frustration of being ahead of one’s time like Akon, the Senegalese-American pop icon and business mogul born Aliaume Damala Badara Akon Thiam.

Months ago, during a quick sit-down by a pool at the Mövenpick Ambassador Hotel in Accra, the “Lonely” man, elegant in all-white and holding in his eyes the singlemindedness of one on a mission, broke down the paradox to me. “The blessing is that you see the future before it happens,” he said. “You can be a part of it; you can prepare yourself for it, and you also create infrastructure to accept it when it comes.”

The troubling part of the endeavour? Convincing people: “getting [them] to understand it before it happens to help you get to that point, making them understand that this could be the future, so let’s prepare for it.”

Weeks before our conversation, the British-Ghanaian rapper Sway Dasafo, formerly signed to the former’s Konvict Music imprint, had expressed a similar opinion to me of the man whom, at the time of signing him at least, was “the biggest black entertainer on the planet.” Akon has continually been ahead of the curve, Dasafo had stressed.

And so, that sunny afternoon in Accra, when Akon painted me a vastly ambitious image of the Africa of ten to fifteen years to come, it was hard to doubt him. The artist foresees the continent as a superpower; a place where people across the world will come to—to further their endeavours; “their dreams, their careers, their future.” The above message is one he has trumpeted for years.

Indeed, the new Africa is already happening, he argued: “I think we’re already there.” China, for one, substantiates the assertion. “They’re in here heavy [sic] because they see it as well.” Likewise, Britain and France are maintaining a strong relationship with the continent. “Everybody’s trying to keep a strong hold.”

Not only does Akon foresee great things for the continent, but he is also actively involved in making it happen. Back in January, he told CNN of his desire to “make the biggest impact in Africa.” Thus, beyond his extensive imprint on its music, he is contributing infrastructure. In 2014, together with Samba Bathily and Thion Niang, he founded Akon Lighting Africa. A million households on the continent now have access to electricity because of the solar project. Akon City, the crypto-based city he is building in Senegal, will run on Akoin, his own cryptocurrency, which he has predicted will be our new medium of exchange. Cryptocurrency, he believes, will see the continent “digitally monetize all of our resources; our goods, our trading. And we’re going to be in a position where we can create and control our own systems, where we can live in a way where Africans can benefit from it. Already heavily invested.

Akon’s prognosis of Africa rests heavily on its youth, which currently makes up 77% of its population and, to his mind primed to drive this next chapter. “Our generation is going to be the one to take Africa back [to its ancient glory],” he said, adding “we’re a lot smarter,” and “understand the future and how it should be done, how our people should be governed.”

Now is the best time to be a young African, stressed the rapper. “There’s no fear; the younger generation is a lot more fearless, and they’re willing to go out and educate themselves with the history.” Crucially, he noted, “we are the only ones with the courage to stand up to the powers that be; to make that difference.”

The African diaspora, too, will play a vital role in this collaboration toward the new Africa. “You’ve got to understand: a lot of African- Americans have always wanted to come. They just needed a good reason to be here,” he submitted.

“A lot of times, they resisted because if fear. Now, we’re in a position where most people in America are wanting to understand Africa—they’re wanting to learn more about Africa, and engage in Africa themselves.”

He entreated that when they do come, heeding campaigns like the “Year of Return,” hosted by Ghana last year, the diaspora should be welcomed “with open arms; show them as much love as possible, and encourage them to want to stick around and invest.”

Vision is a strange thing. Often, only its bearer fully knows it, and yet, it requires a community to put it into action. What do you do when people around you do not get it?

After a while, you just stop bothering about what they might think.

“You just go, because you know it’s just going to be the future. So you prepare for it and just pray that others believe and understand, and will ride with you when it comes to that.

Those are the ones that normally benefit—the ones that believed in the beginning. But the hardest part is convincing people.”