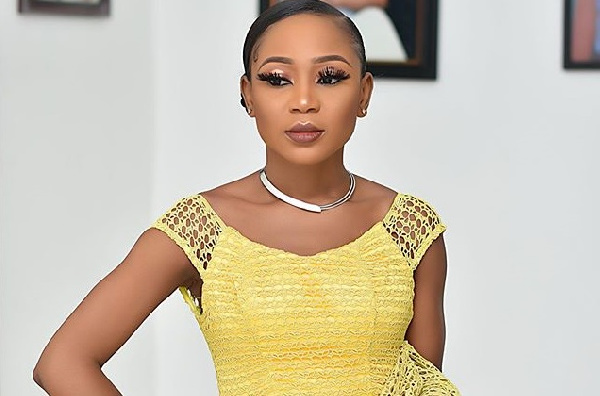 An Accra circuit court presided over by Her Honor Christina Cann, has fixed Wednesday, April 14, to begin the trial of actress Rosemond Alade Brown, popularly known as Akuapem Poloo, who allegedly displayed her nude pictures together with her son on social media.

This comes after the actress and her lawyer Mr. Andy Vortia had appeared before the court for a case management conference.

The trial judge ordered that the evidence of the prosecution witness, in the person of the Executive Director of Child Rights International, Mr. Bright K. Appiah would be adduced at the next sitting, along with the case investigator who would also mount the witness box.

Defence counsel for Rosemond pleaded for a long adjournment as his client would be travelling to Nigeria where she had signed a contract for a movie production.

When the judge asked for proof of contract, Rosemond failed to provide the signed copy of the said contract but rather provided a photo of an unsigned contract on her phone instead.

Her lawyer also informed the court that she would like to change her earlier plea of Not Guilty to Guilty.

She thus, has been charged for the publication of obscene material and two counts of engaging in domestic violence but she has denied the charges and is on bail for GHC 100,000.

Albert cudjoe 2 months ago
I really love you poloo