Akufo-Addo is free of deceit, vote for him — Abena Osei Asare 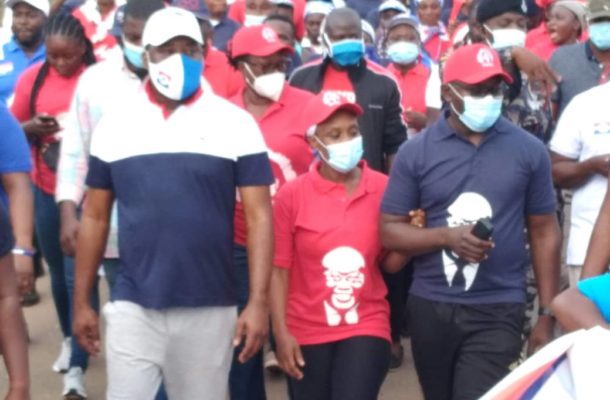 The Member of Parliament (MP) for the Atiwa East constituency in the Eastern Region, Hon Abena Osei Asare, has called on all Ghanaians to remember the truthfulness of President Akufo-Addo and vote for him in the upcoming December 7 polls.

According to the Deputy Finance Minister, Nana Akufo-Addo has fulfilled a chunk of his promises made to Ghanaians in the runup to the 2016 elections.

Abena Osei Asare made this assertion when addressing a gathering after organizing a health walk in the area on Sunday, November 1, 2020. 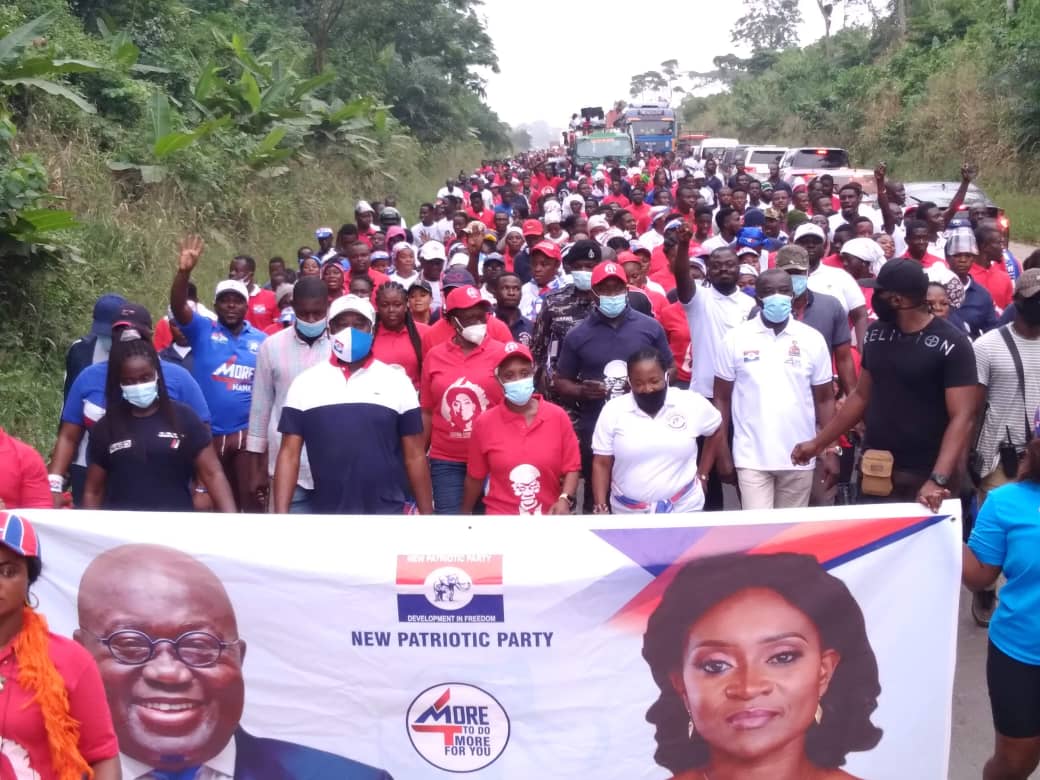 “Nana Akufo-Addo is not a president who share lies. He has been truthful to Ghanaians and we should all stick to that and vote for him. He is number one on the ballot paper and God knows he is indeed an honest president so I will plead with you all to go out there massively and vote for Nana Addo”, she said.

Although lots have been done in Atiwa East, she promised massive developments for the constituency in the NPP’s next administration.

"There is going to be a lot of jobs in this constituency because the President wants to initiate a lot of projects here. The President constructed a 100-bed hospital in Anyinam for us and has promised to refurbished the Enyeresi hospital”, said Abena Osei Asare.

She also disclosed that the government will commence construction of a Nursing Training College at Meseaso in its next term of office as according to her, the President is currently in talks with the Ministry Health Ministry to embark on such project.

She entreated all party folks to join the 2020 campaign since the party has a 'good message'.

“We should all go out, house to house and campaign for the party because we have a very good message. I believe some parties are promising to give money for a vote but I think that won’t help the country. We should vote for the NPP because we have the policies to develop the nation. If any of you here takes money from a particular party it can’t change your destiny so we should all be keen about things that will change our lives and destinies”, she advised.

She also commended the President, Nana Addo and the Minister of Education, Dr Mathew Opoku Prempeh for a smooth implementation of the highly touted Free Senior High School program which has changed the lives of many in the country.

She said the NPP has undertaken roads construction, school feeding programs, provision of jobs, hospitals, schools amongst others in the Atiwa constituency and needed to be given the second chance to do more for them.

The Minister of Education, Hon Matthew Opoku Prempeh who was at the event also shared that his decision to join the walk was based on the outstanding performance of Abena Osei Asare in the area.

According to him, President Akufo-Addo's government has performed marvellously well in its first term compared to any other government since 1992. 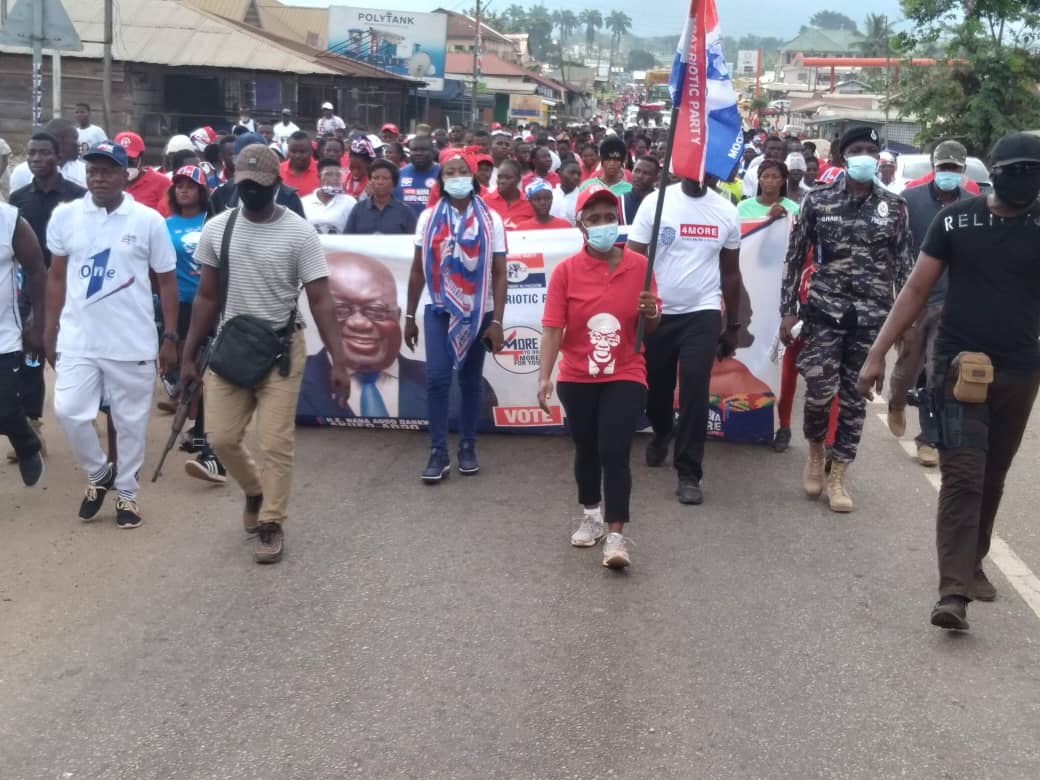 He said, about 51,000 students were unable to get their results over failure to pay school fees under John Mahama’s administration but the scenario according to Napo, has changed under the visionary leader, Nana Akufo-Addo.

He, therefore, encouraged the people to vote massively for the President and the MP in the upcoming elections so the good works will continue.

MP for the Akwatia constituency, Mercy Aseidu Gyamfi, popularly known as Ama Sey, who also took part in the walk, said there are plans for free university education in the country and thereby called on the people to vote for the NPP for the reality of the said vision.