Akufo-Addo is the man to beat in December- John Boadu 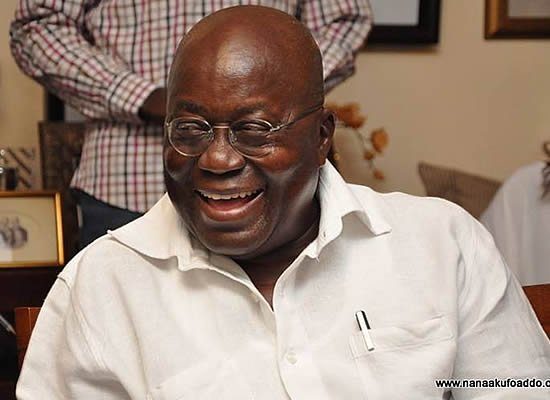 The National Organiser of the New Patriotic Party has picked forms for the presidential candidate Nana Akufo-Addo amidst claims the flagbearer is the forerunner in the December polls.

John Boadu insists that notwithstanding the incumbency advantage of the governing party, Nana Akufo-Addo still remains the man to beat in the December polls.

He told Joy News' Evans Mensah that not only is Akufo-Addo's message dominating discussions in the media, some of his promises have found space in the NDC manifesto, the content of which was highlighted by the president on Tuesday.

He found it rather interesting how the president promised an election of District Chief Executives if retained in office.

"Consistent with the NDC, they have never believed in the elections of DCEs. I don't know what has changed. Is it because Nana Addo has said he will do it?" he asked.

John Boadu picked the ¢50,000 form, Wednesday afternoon after following all the necessary protocols.

He said the flagbearer will submit the form either on the 29 or 30 September 2016 together with the filing fee.

The filing fee has been a subject of controversy in the political terrain with a number of the political parties wailing over the cost.

Given the experience of previous elections, it is only candidates of the two leading political parties, the NDC and the NPP, who are able to exceed the percentage of votes and have had their monies refunded to them.

But John Boadu believes the filing fee is outrageously high. He said even though the law gives the EC the right to fix the fee, it must do so with an eye of "reasonability and affordability."

He said for bigger parties who are able to exceed the percentage votes, they will always have their monies refunded but cautioned the EC not to use filing fee as a punitive measure.

He said the NPP will in principle support anybody who contests the EC's fee in court.

However the governing National Democratic Congress says it will not comment on the administrative duties of the EC.

The Coordinator of the NDC campaign Kofi Adams told Joy News the fee is not really a bother to the NDC because they will get their monies back.

He also confirmed that president John Mahama picked his form on Wednesday ahead of the elections in December.