Akufo-Addo will soon retire you from active politics — Mahama told 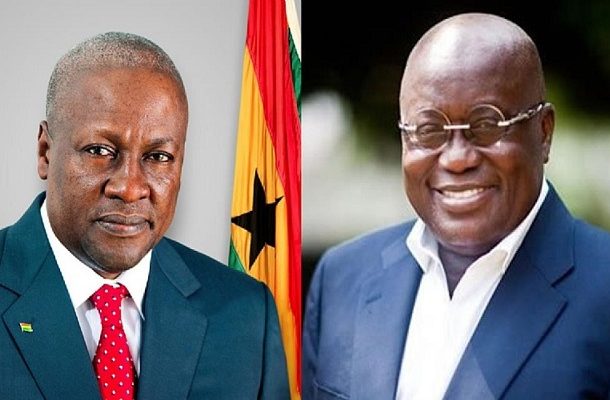 According to the popular comedian, after unseating Mr Mahama as the Head of State in the 2016 elections, Nana Addo Dankwa Akufo-Addo will again give him another unexpected defeat in the upcoming December 7 polls to retire him from active politics in the country.

Her comment sought to quashed attempts by a section of the Ghanaian populace to draw similarities between the 2020 US and Ghana presidential elections.

To Afia, attempts by some who are suggesting that Donald Trump's loss will lead to a loss by President Akufo-Addo in Ghana, are unfounded.

The lead up to the 2020 general elections in Ghana has seen political analysts and social media commentators draw plausible conclusions based on historical political similarity that exists between Ghana and the US with some arguing hypothetically that the results of the US elections could one way or the other decide Ghana’s electoral outcome.

In a post on Facebook, however, Schwar argued that Trump and Akufo-Addo are incomparable and that Ghanaians should stop the grand scheme to bring similarities between the two in this year's elections.

"Stop comparing Trump to Nana. Nana sent a sitting President home.. And he is about to retire him from active politics", she wrote.