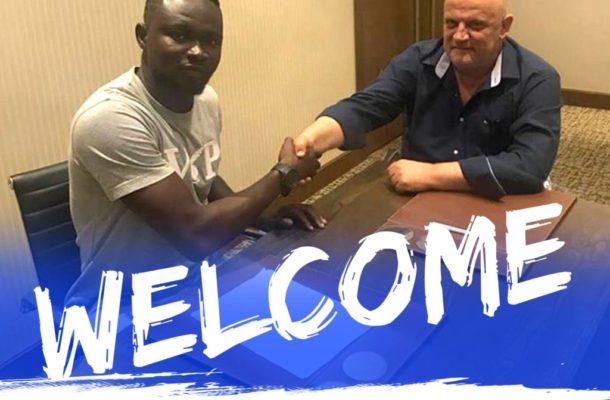 Albanian side KF Tirana have completed the transfer of Ghana centre-back Vincent Atinga.

The guardsman joins the Tirana-based giants on a three year contract and becomes the second Ghanaian to sign for the club in the ongoing transfer window after his former Hearts of Oak team-mate Winful Cobbinah.

Atinga has been without a club since leaving Hearts of Oak after his contract expired at the end of the 2016/17 season.

The 24 year old played an instrumental role in the Black Stars B side that won the 2017 WAFU Cup.