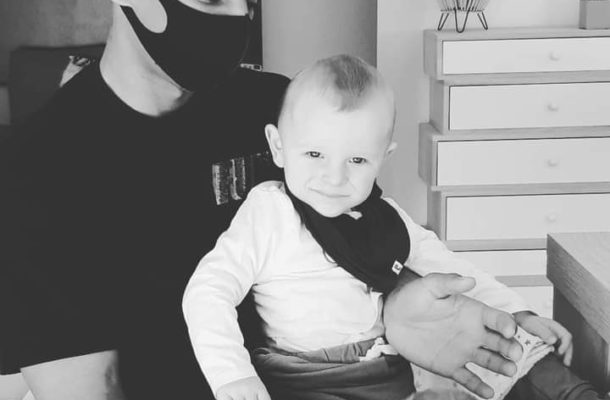 Ghana and Strasbourg defender Alexander Djiku is raising funds through a raffle to help little Nathan who is suffering from a rare ailment.

The defender in June this year donated an amount of €2,000 to help in the treatment of little Nathan.

He has become the godfather of the little of ' For love 2 Nathan', an association that helps the little bot who is suffering a rare genetic condition called Angelman syndrome.

The young boy who was born in February last year is suffering from Angelman syndrome a rare genetic condition that affects one in 20,000 births, which affects a bit of everything" explains his father, Alexandre Schneider, for DNA. "Nathan has hyperactivity, speech disorders, motor skills, sleep and nutrition."

“I was very moved when Nathan's parents asked me to become a sponsor of the association. I immediately accepted because the fight they lead alongside their son touches me. It was the logical continuation of my commitment to their side.

“As a father, I cannot remain insensitive and I want to do everything so that at my level I can help them as much as possible,” Djiku explained.

The Montpellier born defender has now set up a solidarity raffle that will raise funds for the association "For love 2 Nathan" which will go into the treatment of the ailing child.

“I know that the Strasbourg supporters have a big heart and I hope that as many of them as possible will mobilize for Nathan by participating in this raffle.

All the funds will be donated to the association and will be used to help Nathan's parents to cope with the numerous expenses generated by the treatments put in place so that their son has the most dignified life possible,” he said.