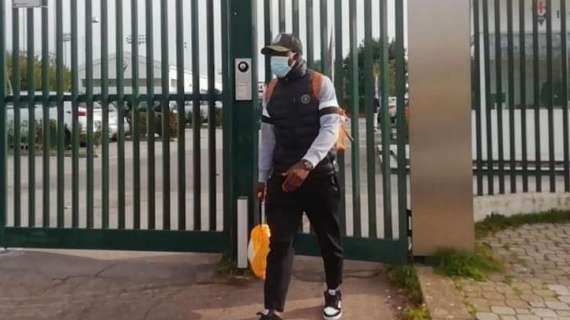 Sassuolo midfielder Alfred Duncan has departed his on-loan club Fiorentina for Cagliaria where he will link up with a familiar face.

The Ghanaian midfielder will link up with former coach Eusebio Di Francesco, who trained him for two seasons at Sassuolo.

Final details of the negotiation was closed on Thursday with a loan deal with an option to buy the midfielder from Sassuolo outright for 13million euros a similar deal he was on at Fiorentina.

Duncan will have his medical examinations with the Sardinian company on Friday before an official announcement is made by the club when he passes.

After a troubled year with more shadows than lights at Fiorentina, Alfred returns to the base to find the consistency of performance he had in neroverde.

Duncan  played 13 matches for the Viola, scoring a goal and adding an assist.

The Ghanaian has been capped nine times by his country.