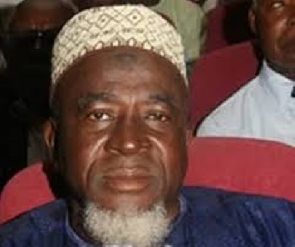 Former National star and Coach Malik Jabir has fired back at Alhaji Grunsah for insulting him on radio.

It will be recalled that Jabir in an interview with Fox Fm days ago opined against belief that the Anas’ expose solely to be blamed for the country’s football woes.

He further went to cite instances where Alhaji Grunsah sent the FA to court after his club King Faisal was deducted points leading to them relegated from Ghana’s topflight.

The case according to Jabir delayed the commencement of the league for several months before the case was amicably resolved. Accra Great Olympics took a cue from King Faisal’s action by taking the FA to court when they also got relegated.

This also delayed the commencement for the league. Grunsah upon hearing this took to radio to register his displeasure on Jabir casting aspersions on his intellect, competence and family. Reacting to Grunsah, Jabir sounded a warning to Grunsah and asked him to stay off his family.

“It is true we grew up together at Aheneboboano(Kumasi) when I came to Kumasi. I only made suggestion on the necessary reforms we need to undertake to get football back to the level we all expect. I criticised King Faisal, Great Olympics and the Disciplinary Committee for their negligence and partly blamed them for deciding to seek redress in court. Why should Alhaji Grunsah insult me for saying the truth? Is he averse to the truth or dissenting views? I am older than him (Grunsah). He has cut short his life with the insults on me.” Jabir told Light FM, Kumasi

“I have a responsible family. My wife was the former Headmistress of Yaa Asantewaa Girls Senior High School. I have lawyer child and two other university graduates. I am a practicing Muslim but chose to keep faith with one wife unlike him. Why should he turn on my family when the conversation is on football? I am not doing same but all who have had the opportunity to listen to us will judge and know the wise among us. He should be very careful of me. We are all Zongo boys and he should know that. I can not be intimidated” Jabir ended.