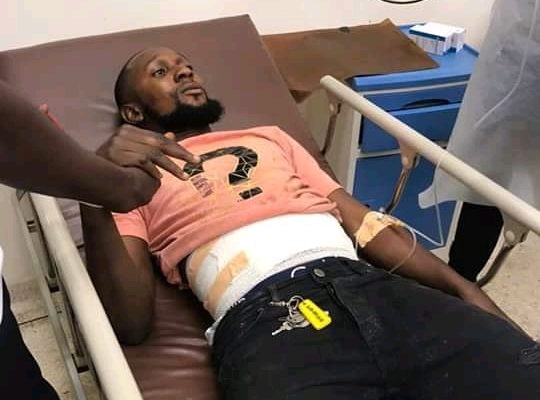 The Nana Addo 6 are Ghanaian patriots who were cut down during the 2020 elections. They are:

First, we express our deep and sincere condolences to the families and loved ones of the freedom fighters. Then, we condemn in the strongest terms the brutal and cowardly acts perpetrated by Nana Akufo-Addo's jack-booted thugs in police and soldier's combat uniforms.

Ghana held elections in 1992, 1996, 2000, 2004, 2008, 2012, and 2016. No Ghanaian has ever lost his/her life during an election period. It did not happen under Rawlings, Kuffuor, Mills, and most certainly not under Mahama. But during the 2020 elections, 6 Ghanaians lost their lives under Nana Akufo-Addo's watch as the Commander-in-Chief of the Ghana Armed Forces. Nana Akufo-Addo’s hands are forever stained with the blood of the fallen 6. Nana cannot wash his bloody hands clean of the 6 deaths!

The Nana Addo 6 were killed in cold blood. They were peaceful. They were unarmed. They were not a threat to themselves nor anyone. They died in the cause of freedom as heroes. They died while trying to exercise their constitutional right to vote. They were cut down in the prime of their lives. They had hopes and aspirations. They had families! Ironically, they fell from bullets shot by soldiers who swore an oath to protect them against foreign and domestic aggression. Little did they know that the enemy was within! Who is going to speak for them now? Who is going to be their voice now that Nana Akufo-Addo has silenced them forever? Who speaks for the dead?

US Senator John McCain once said that elections have consequences. There must be consequences for the Nana Addo 6. Their civil liberties and human rights have been fatally and permanently violated. Without recourse. The buck must stop with the Commander-in-Chief. Period.

On 28th February 1948, Sergeant Cornelius Francis Adjetey, Corporal Patrick Attipoe, and Private Odartey Lamptey paid the ultimate price for our freedom from tyrannical colonial rule. They were unarmed. Did Tajudeen Alhassan, Abdallah Ayaric, Emmanuel Dompreh, Samira Zakaria, Ibrahim Abass, and Rita Otoo have to die so Nana Akufo-Addo and the NPP can retain power? Are we swapping foreign white tyranny for the domestic black tyranny of Nana Akufo-Addo? Is this Kwame Nkrumah’s Ghana? Where are the men and women of conscience? Where are the preacher men, so-called men of God, pastors, imams, and civil society? Where are the youth groups? Are there any voices of reason left in this town? Where are the nyansafuo (men of wisdom)? Where are the elders?

Where is the National Peace Council? Ghana Catholic Bishops’ Conference? Christian Council of Ghana? Ghana Bar Association? National Council of Zongo Chiefs? National House of Chiefs? Their silence is deafening. Are they lambs now? Not even a bleat? Cowered into silence? Especially, the President of the National House of Chiefs. Is his silence influenced by the maneuverings that installed him into that position? From Bono East, Greater Accra, and the Northern region, where are the deaths and violence going next? It may be coming to your region and constituency next! Is there any hope left for us? Are we safe?

Can we demand for justice without being hounded of the need for peace? Can there be peace without justice? What happens to a dream deferred? Does it dry up like a raisin in the sun? Or does it explode? How long shall we stand aside and look while they slaughter our comrades, our brothers, and our sisters? HOW LONG? HOW LONG? HOW LONG?

“In the end, we will remember not the words of our enemies, but the silence of our friends.” – Martin Luther King Jr.